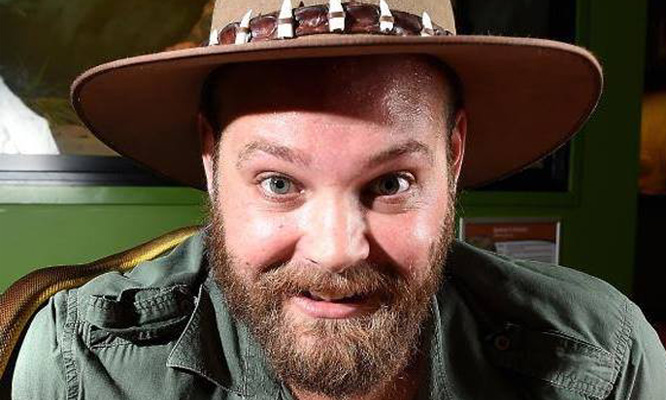 What's the name of your establishment? Where are you located? and what do you offer?

Crocosaurus Cove right in Darwin CBD on Mitchell Street. We have over 200 salt water crocodiles and over 70 different species of Australian reptiles making it one of the largest displays. It’s home to the Cage of Death as well. We go swimming in an acrylic tube for about 15 minutes with a five meter crocodile. We are also home to Burt who was a star of Crocodile Dundee.

What sort of age demographic can travel to Crocosaurus Cove, or what's the usual age group?

We've got a real mixed age range come through. Any where from zero, right the way through to 80. So there's something for everyone at Croc Cove.

What level of fitness would you say they need to participate in the Cage of Death?

Just to be able to really swim actually. But you don't have to because we don't completely submerge you, you can still stand up in there. You just need to be able to climb a ladder in and out of the cage, and basically be okay in a confined space next to an apex predator.

Do you offer pick up and drops off from hotels?

We don't. Because we're located right in downtown. You don’t need a transfer. It's pretty much five to 10 minutes walk from every accommodation from right there.

You just need to be able to climb a ladder in and out of the cage, and basically be okay in a confined space next to an apex predator. 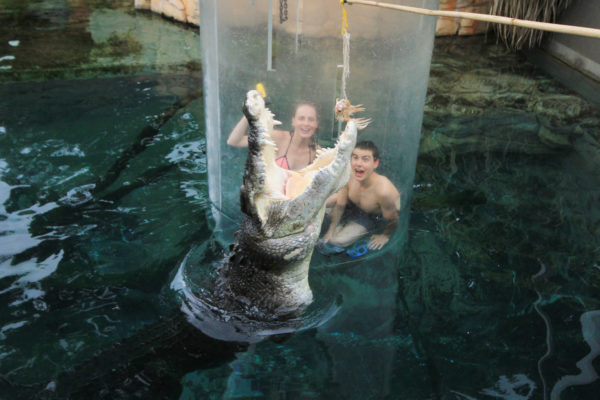 Up close and personal!

What are some tips to bring to Crocosaurus Cove or have prepared before arriving?

Have some water with you if you don't have a water bottle you can get some at the vending machine or at the café. You need a camera, get some close up snaps - See what I did there? A lot of it's outdoors so sunscreen as well.

What kind of training do your guides receive and how experienced are they?

The guides are pretty experienced obviously, when you're working with crocodiles you need to know what you're doing. Before they can even go into an enclosure they go through a rigorous training with our croc managers and on-sight experts. They're always learning on the job. Crocodiles are unpredictable so you need to be watching out for the signs.

What qualifications, certificates, awards, has your company obtained?

We're registered as accredited, so we've got the accreditation tick. We've received a Brolga Award for best attraction in the Northern Territory. There's a few different ones. Nominated in the Golden Backpack Awards quite a few times. Which I'm pretty sure you guys took out…

We sure did! Is food included with the entry, or what options do you have?

We don't have one that includes food, but there are a few different options for Croc Cove entry. You've got just the standard entry which gives you admission to the park for the whole day and catching one of the shows.

We've also got the VIP Tour which is hour and half guided tour around Crocosaurus Cove, and you actually get to feed a five meter crocodile as part of the tour and hold reptiles that the general public don't get to. That runs twice a day.

What’s the most popular extra cost that is associated with Crocosaurus Cove?

The Cage of Death. If you are wanting to experience it, I highly recommend booking before you even get to Darwin. Because during the peak season, you're looking at least two weeks on, if you're waiting in Darwin to go in it, and you haven't pre booked it, there's at least a two week wait in the peak of dry season.

When's the best time of year to come to Crocosaurus Cove?

My advice would be May to October, but we're a year round attraction. Rain, hail, which we don't get actually, or sunshine you can visit us, we're open everyday apart from Christmas day.

Do you have safety systems and procedures in place for your travellers?

Of course. We've got everything covered if something did go wrong.

Why should people visit Crocosaurus Cove?

I really recommend coming to see Croc Cove before you head out to the National Parks – for a couple of reasons. You learn a lot about crocodiles and their behavior, and also you'll see a lot of the reptiles that you'll see out in the wild. So you'll learn a wee bit about them, what to stay away from, what you might see in the different areas. It's got an educational side to it as well. And purely it's just a great place to visit.

Any other tips or advice or anything we've missed that you suggest, that would be helpful for travellers?

If you come and you don't manage to see a croc show at the time you come, remember your entry is valid for all day, so you can actually get a wristband from the guys at the ticket desk, and that will allow you to come in and out for the day. Definitely stick around for one of the reptile feeding shows, it's quite a sight. Talk to the staff, you never know what they might be able to arrange while you're there. 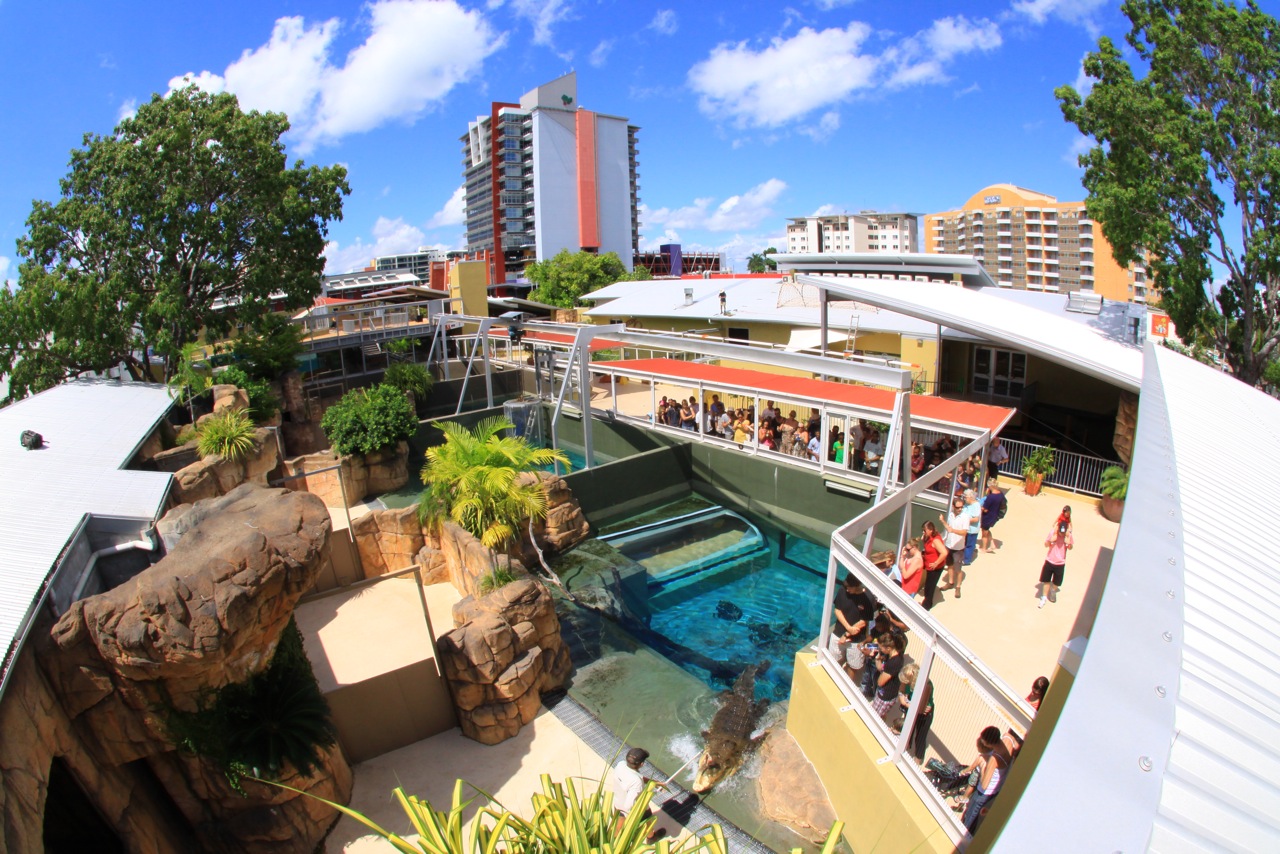 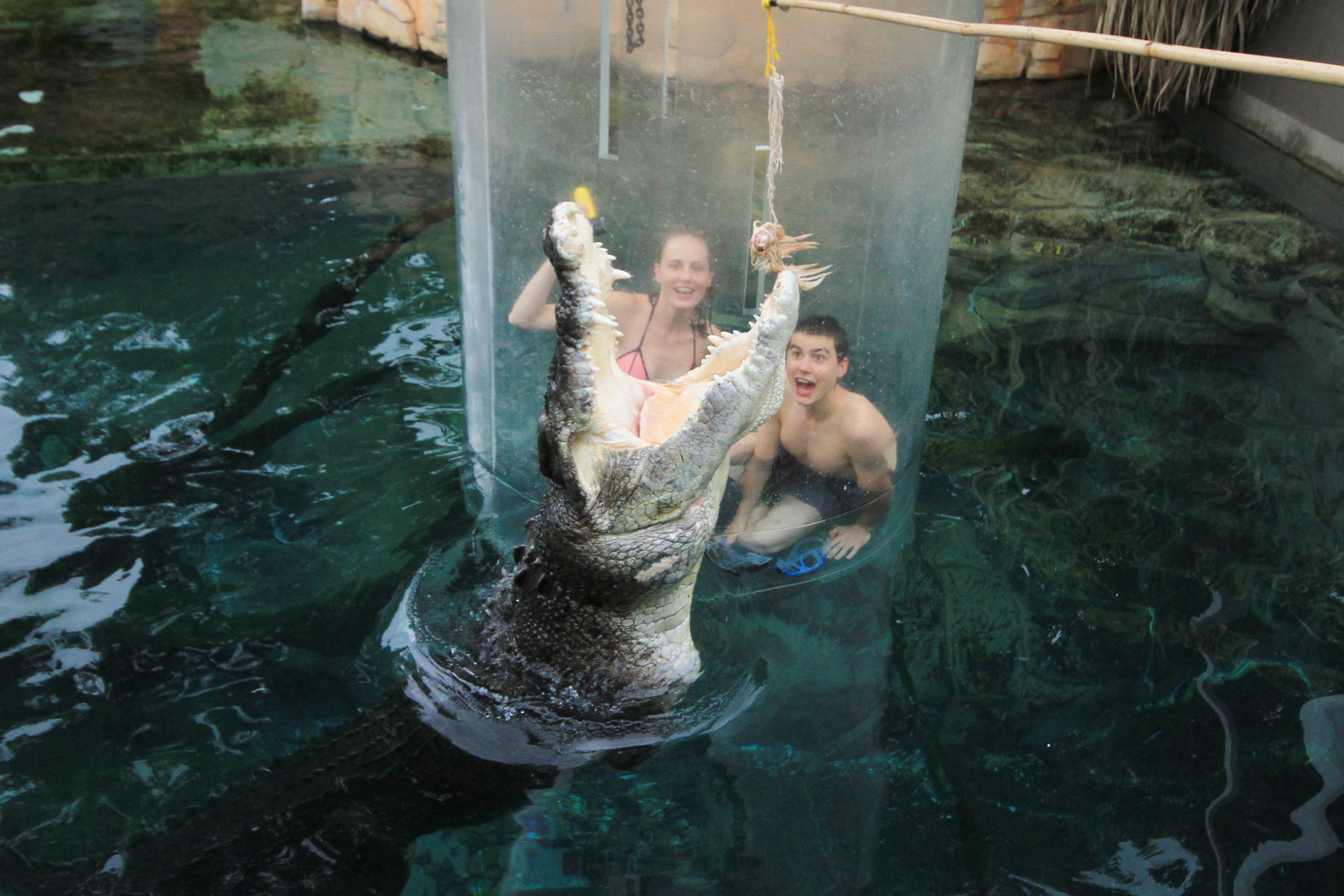 Up close and personal! 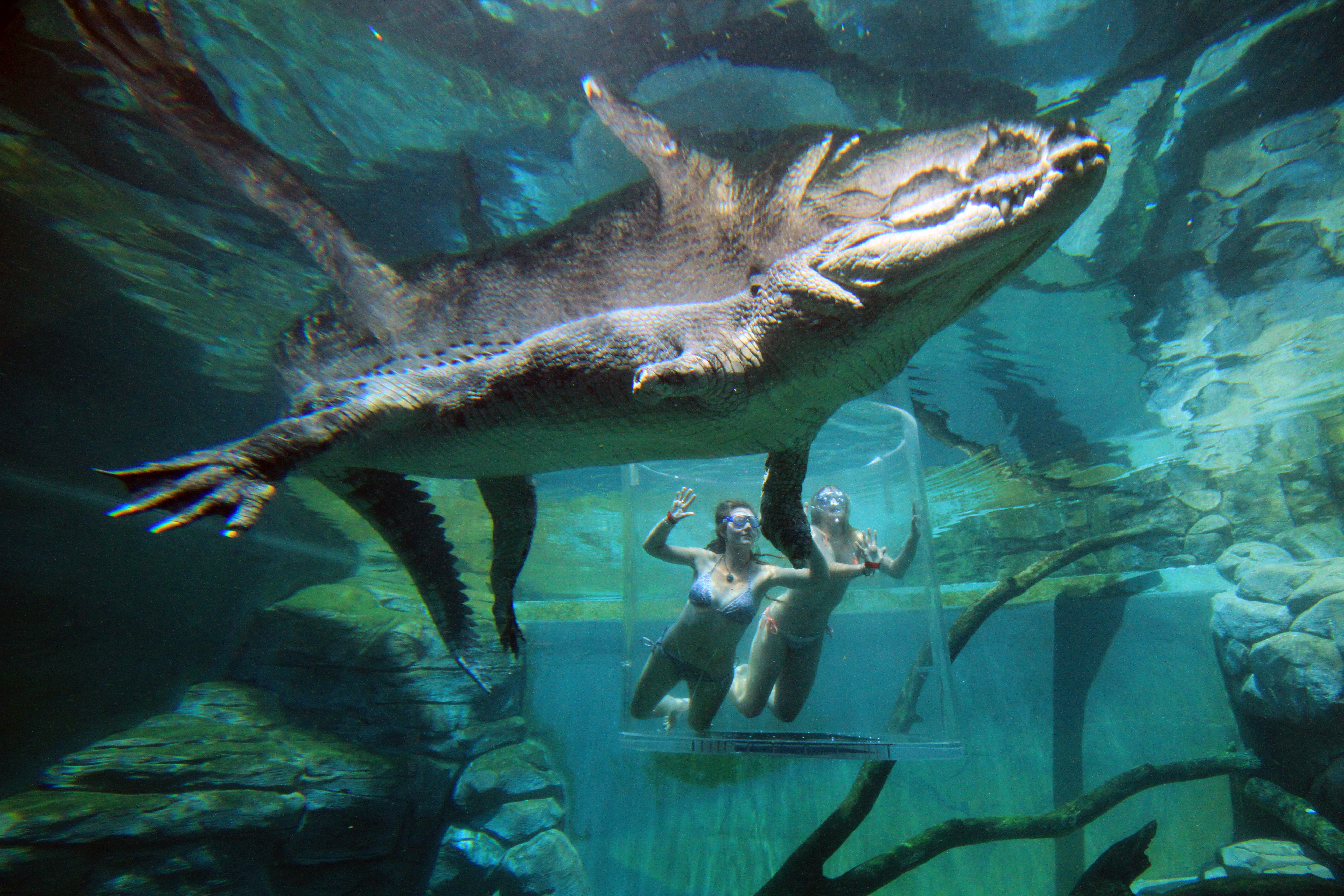 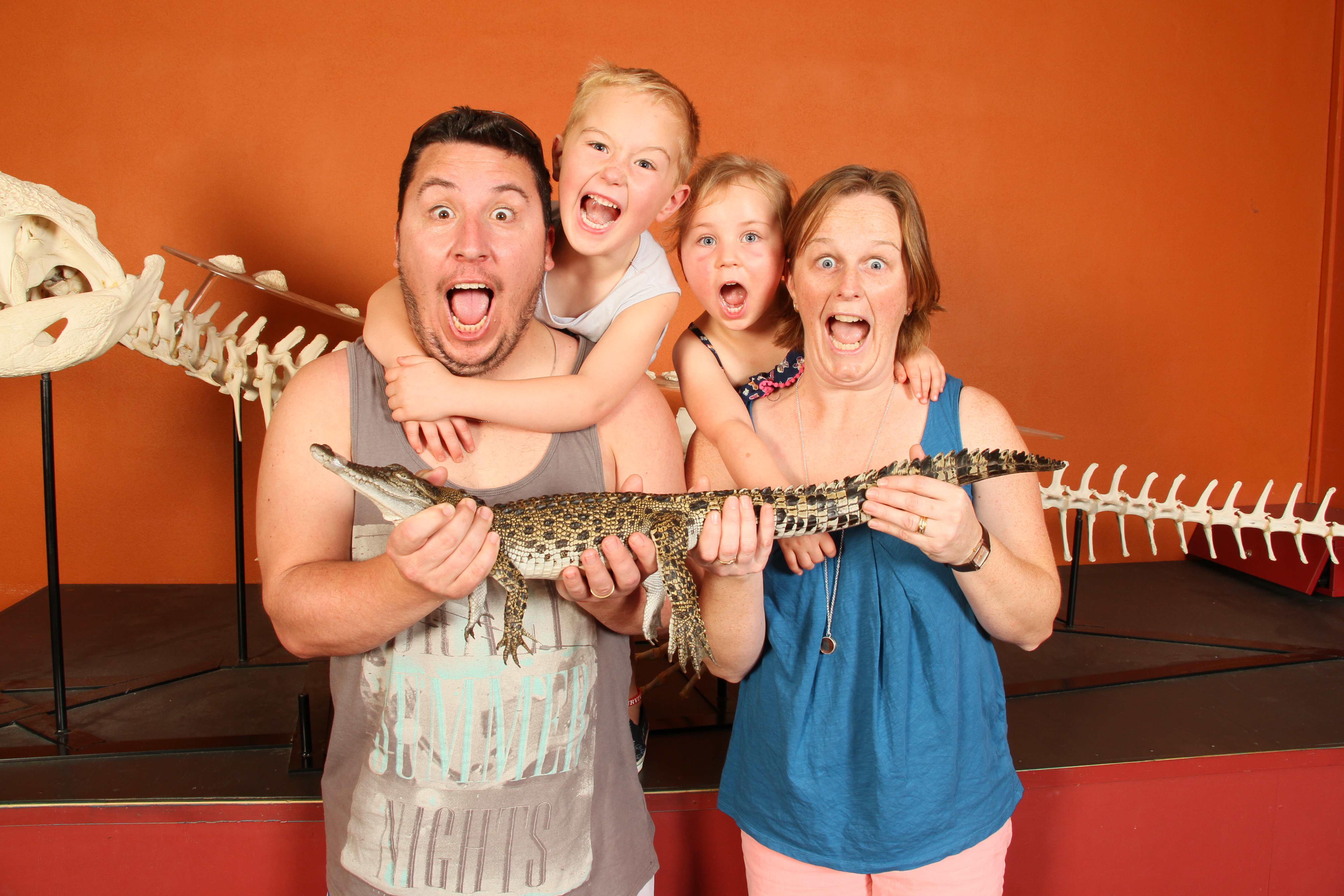 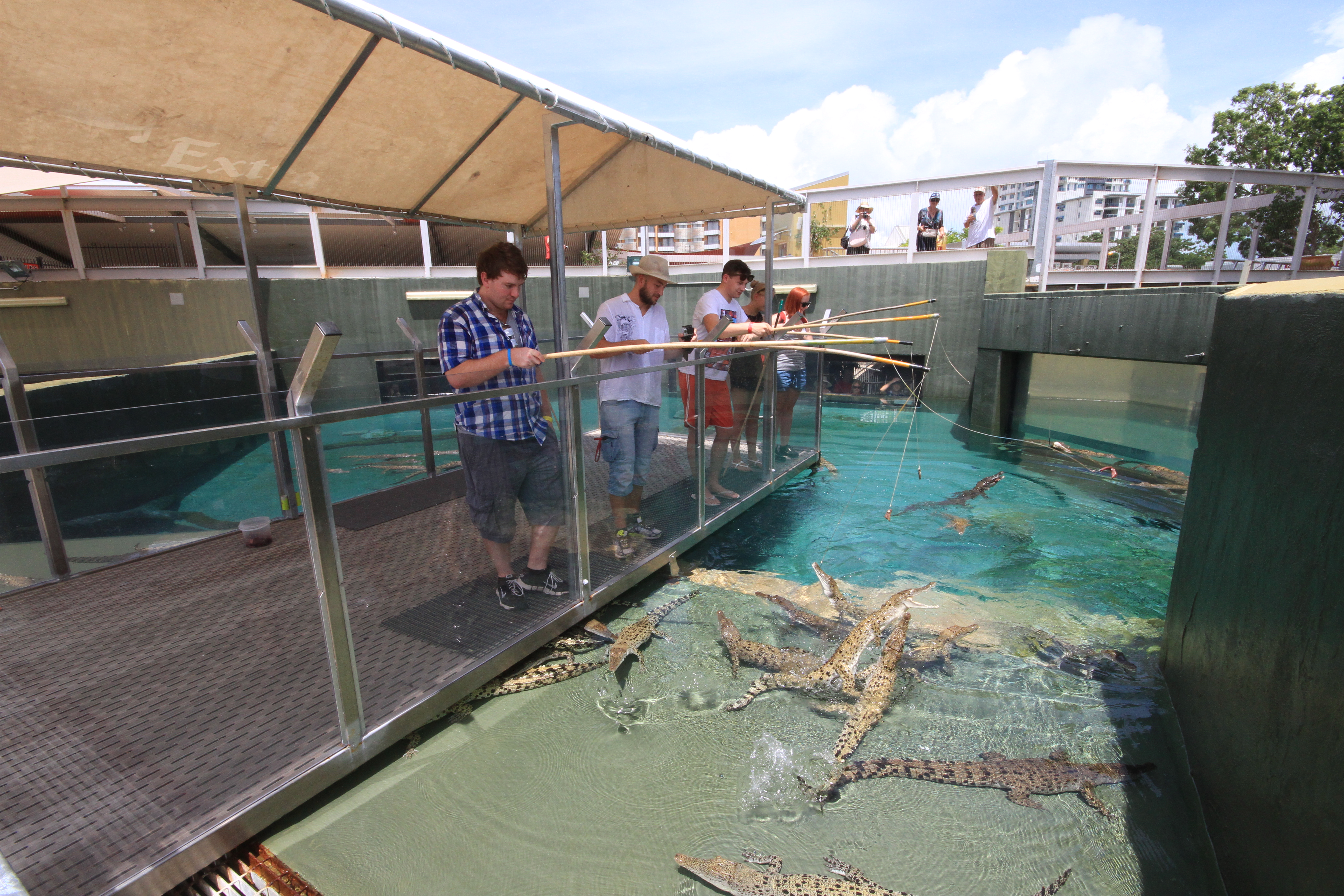 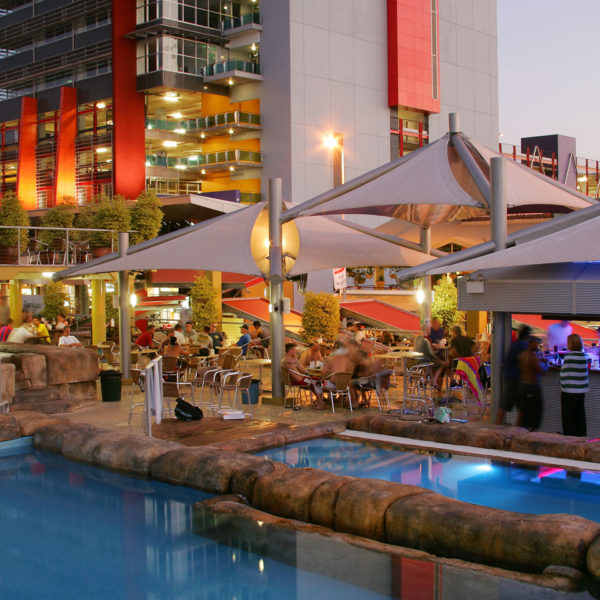 Where Should I Stay in Darwin? 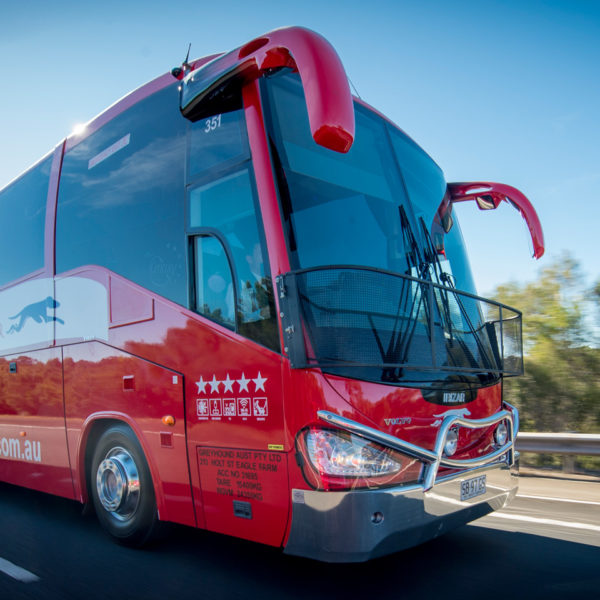 Travelling Australia with Greyhound, All you need to know! 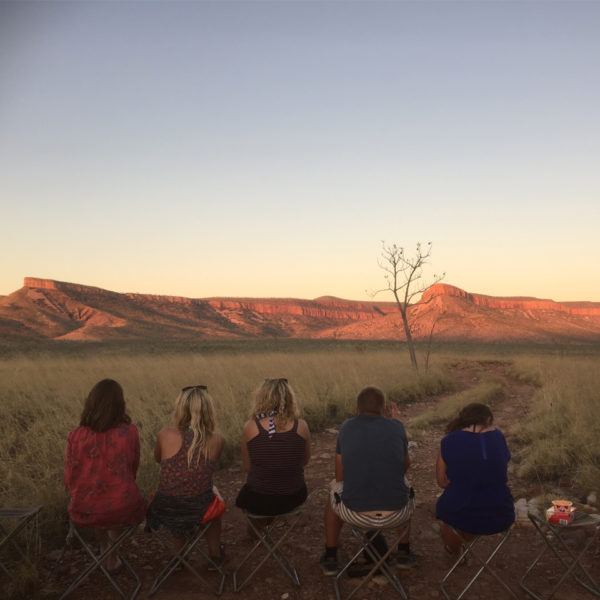 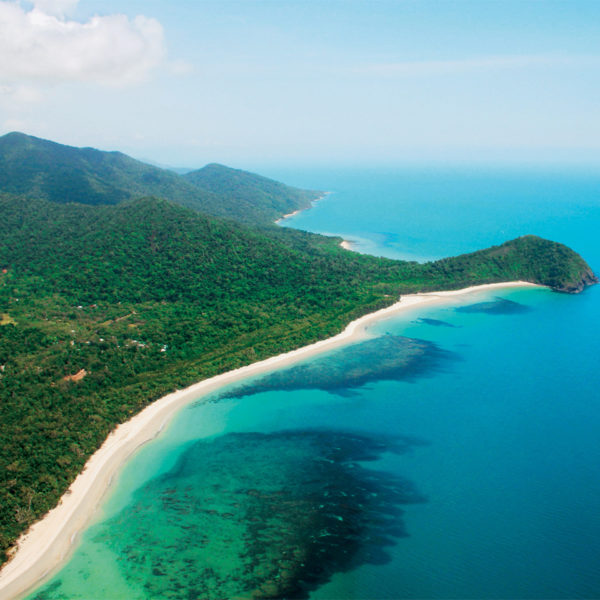 Best spots to visit in Australia over Autumn and Winter