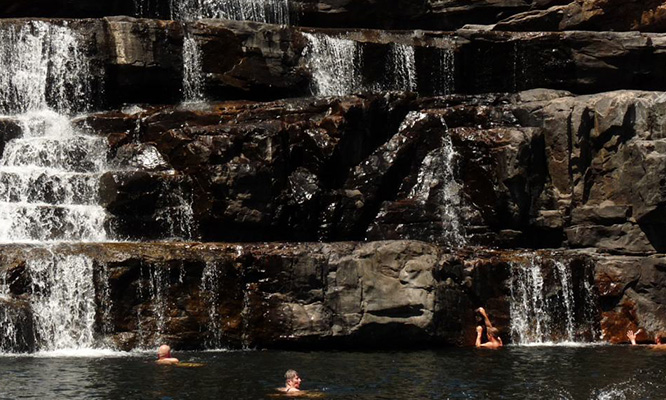 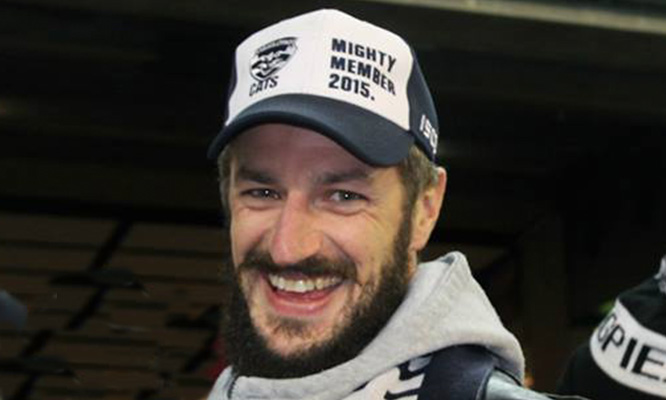 Hi Clark, what is the name of your tour activity, where are you located and what do you offer as a product?

We're located in Broome, which is the far north west of Western Australia, we offer products, anything from a half-day Broome sights trip, right up to a month-long do-it-all, see-it-all trip between Darwin and Perth.

What age demographic usually travels on your tours?

Now in regards to the level of hiking and physical activities that they will all be doing on the trips, they've got to have a certain level of fitness, so how fit would they need to be to participate on this tour?

A reasonable amount of fitness is fine, if you can go on a four-hour hike, no worries at all and carry your own water bottle and all that kind of stuff, you're more than welcome.

In terms of weather, what should they be expecting on the tour?

Karijini is really awesome because the water is really good in swimming weather. We tend to spend a lot of time swimming during that part of the season.

Would you say to pack for warm and cold weather on the trip?

I would recommend to always pack a jacket, no matter what time of the year you're travelling with us, because unseasonal weather can happen anywhere in Australia.

We offer pick-up and drop-offs at all hostels and hotels in Broome, Darwin, and Perth, as long as they're within a reasonable distance of the CBD. Pick-ups normally start half an hour before the tour is due to depart, so if your notes say 7.30 departure, you can expect a pick-up around 7 am.

What are some tips to bring or to have prepared before arriving on the tour?

Spare shoes, because we do a lot of water activities that include walking, so it's always good to have a dry pair of shoes to come back to at camp. All the usual stuff, camera, water bottle, towel, sun screen, a torch or headlamp and an awesome attitude 😊

What kind of training do your guides receive, and how experienced are they?

For the Kimberley trips, we usually require at least five years' experience.  So all of our drivers have their heavy rigid license, and a first aid certificate. They've got their driver's certificate and they have a work safe certificate to be able to work in WA, so they're very well trained, and if they have not worked in Broome or in Kimberley before, they'll get about four weeks training out of Broome before the season starts, and that's to do with all the local information, indigenous culture and the nuts and bolts of guiding in the Kimberley.

How many awards has your company won?

We took out the Best Tourism Operator in WA three times in a row, and as a result, got into the Hall of Fame, which is an amazing honour and it's a good reflection of how high-quality our tours are.

What type of vehicle does your company offer guests?

We mainly run in high-clearance four-wheel drive trucks that seat 20 people. They've got massive air conditioning. They're all professionally-designed carriage bodies. It's got seat belts, reclining seats, heaps of standing room, lots of luggage space, and they're very capable of going to the places where we operate. We also use two-wheel drive cars on the West Coast.

Can customers charge their electronic devices, like their phones or their cameras, on-board?

Via USB, they can, yes. Also, the vast majority of the accommodations and campsites we stay at can charge their devices.

How many people actually travel on the tour? What's the maximum?

Maximum is twenty. June and July in the Kimberley, yes, they will usually sell out and outside of that you have the dry season probably goes from April til October. In those shoulder seasons on either side of June and July,  you're probably taking 15 passengers per trip

Is food included or available to purchase on the tour? If so, what are the options and do you cater for travellers with dietary requirements?

We cater for all dietary requirements. We supply all of the food on our tours. There are a couple of Kimberley trips where there's a night or two we don't supply dinner. The reason for that is, we're pretty close by to a restaurant or a pub, and most people would prefer to do that just for one night.

The Perth to Broome tour is half-an-half; it's half dorm accommodation. You have the West Coast, and then once we get to Exmouth, from there on out, it's camping.

Day one, we visit the Pinnacles, do a bit of sand-boarding, and we stay at Kalbarri YHA that night. The next day, we go out and explore Kalbarri National Park. Following that, we go onto Monkey Mia out at Shark Bay. Obviously, to feed the dolphins and visit the stromatolites at Hamelin pool. Shell Beach as well. That night, we stay in a really nice place in Denham. It's got great swimming pools and rooms.

The following day, we go further up the coast to Coral Bay via Carnavon. That night, we stay at the Ningaloo Club, which is a really nice hostel. The following day is free time to explore. If you want to go out on a boat and swim with the manta rays, or go quad-bike riding, or out in a glass bottom boat, or even just chill out on the main beach, that's what we do that day. The following two nights, we are in Exmouth at our Yardie Creek camps, so that's when we start camping. They're really well fitted out adventure tour style camps. There's shared ablutions, permanent structure camps, and eating areas. There's cooking areas, refrigerators, all that kind of stuff.

We spend the day in Exmouth exploring Ningaloo Reef. That's where you've got the option of going out and swimming with whale sharks, or you can go with the tour group and experience snorkelling down at Turquoise Bay. Check out Vlamingh Head and Yardie Creek.

After those two nights, then we're onto my favourite, which is Karijini National Park. We're there three nights, which gives us enough time to explore the entire area. That's three days of doing a lot of walking in gorges, swimming, experiencing the place, chilling out in some of the most picturesque areas you'll ever see. After that, then we're onto Pardoo Station for the night, so back out to the West Coast. That's the stop at Port Hedland. That's an operational cattle station that we stay at. It's a beautiful area.

Following that, we're into Broome. We have our own accommodation there, which is the Kimberley Traveller's Lodge. If you're on a package deal where you're going all the way through to Darwin, you'll spend three or four nights there.

From there, it's doing a Kimberley trip, which next season, will be nine days from Broome to Darwin. The first night, Windjana Gorge. From there, we explore Tunnel Creek, Windjana Gorge. Then we're onto Mount Barnett for a couple of nights. We do the gorge walk there, swinging under the amazing Manning Falls. Then we're onto El Questro for a night. Then down to the Bungle Bungles, Purnululu National Park. It's an amazing spot. We do a fair bit of hiking and exploring there. We're there for two nights. Then onto the big river region and Katherine area, where we camp as well, and then onto Darwin.

The highlights of that trip would be the Bungle Bungles, El Questro, and Manning Gorge.

Are there any extra costs of optional extras that passengers should be aware of or prepared for?

There are no hidden costs with our tours whatsoever. If people wish to do a helicopter flight somewhere like the Bungles, or something like that, then yeah, that's always outsourced. Something you pay for. Either book with One Stop Adventures, or take the risk of waiting for availability on the day. But yeah, there's no hidden costs with our tours.

What's the rough cost for the helicopter flight?

I believe, next season, a 20-minute helicopter flight at the Bungles is $275. Best check with One Stop Adventures they'll be able to sort that for you if your keen.

What is the best time of year to travel on your products?

The West Coast year-round is fine, because you're either ... If you're traveling in winter, you're going from a cold area to a hot area. If you're traveling in summer, you're going from a hot area to a hotter area, but your time out at Karijini is really awesome because the water is really good in swimming weather. We tend to spend a lot of time swimming during that part of the season.

In Kimberley, the best time to visit is late May because definitely everything will be open after the wet season, the waterfalls and everything are at their best, there's the most wildlife, and all the grey nomads and school groups haven't come in yet, which happens in June and July. You beat the crowds.

Do you have any safety systems and procedures in place for travellers?

Yes, we've got heaps. We always carry multiple communications on board, UHF, a sat phone, mobiles, all that kind of stuff. We carry first aid kits on board. We've got a fleet of, I believe, about 40 vehicles these days, so we've got more logistics in place than any other company in our region. Obviously, in the event of emergency, we can get more staff, more vehicles out to you faster than anybody can.

Why should travellers choose to go on the Ultimate Perth to Broome, or Broome to Darwin, Perth to Darwin trip with you guys?

Because we are a locally-owned and operated tour company based in Broome. We're a family company. We've got over 20 years of operating up there in Broome. We've got the best vehicles. We have the best tour guide. The tour hosts that we employ along the Kimberley trip do excellent feedback. We get, "It's amazing about the food that they prepare and put on."

We're also part of the Indigenous Tourism Champions Program. The aim of the Champions Program is to build a reputation for quality and consistency in the delivery of Aboriginal tourism experiences. What that means for you guys as passengers is we offer more Indigenous experiences in our area than any other company in the country.

That's awesome. is there any other tips or advice that we've missed and that we should suggest to travellers? Is there anything else?

Definitely book with One Stop Adventures, if you're going to Western Australia, because you need to juggle flights, accommodation, and tours. Don't underestimate the distances if you are traveling by yourself, and always refer to One Stop Adventures to get the best information. 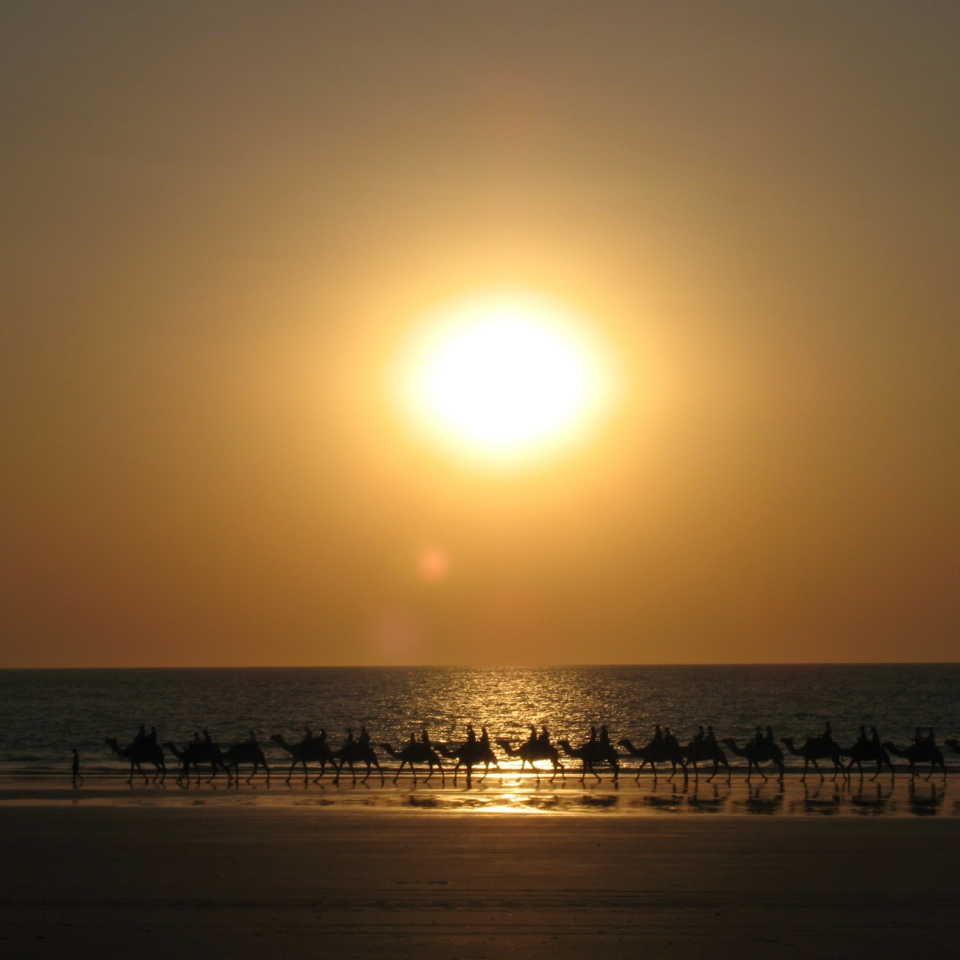 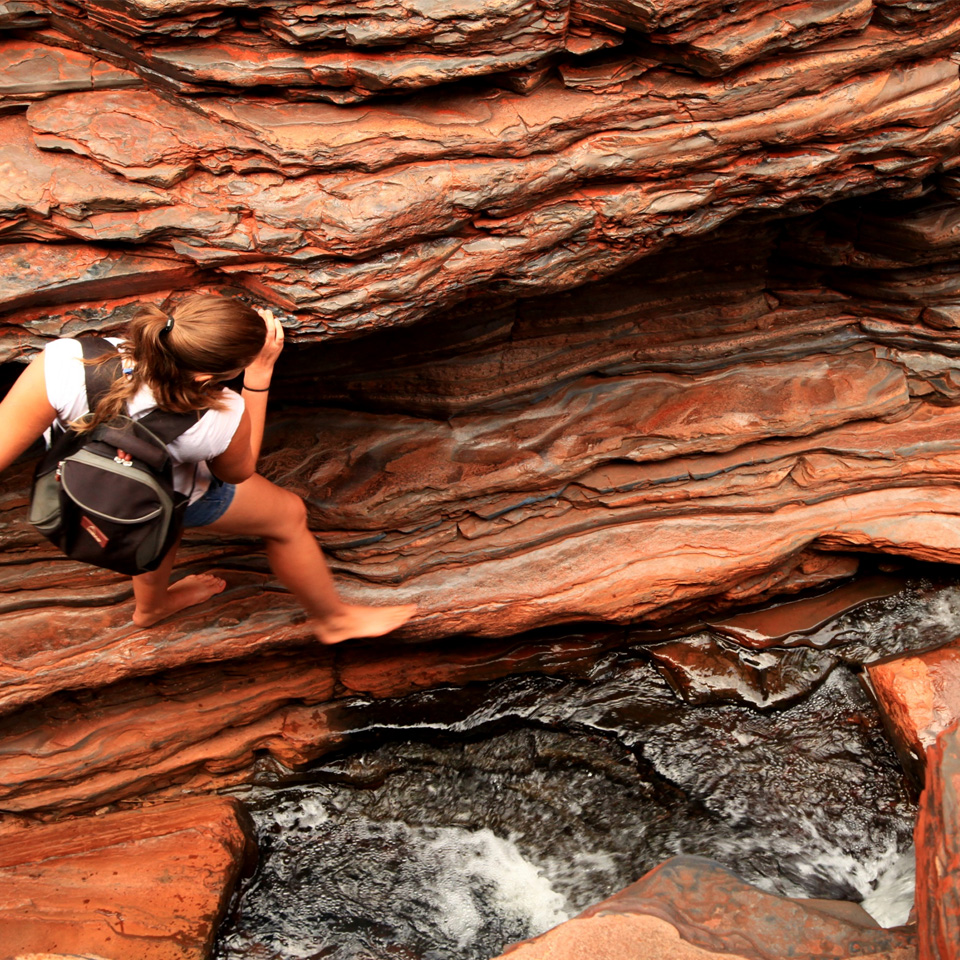 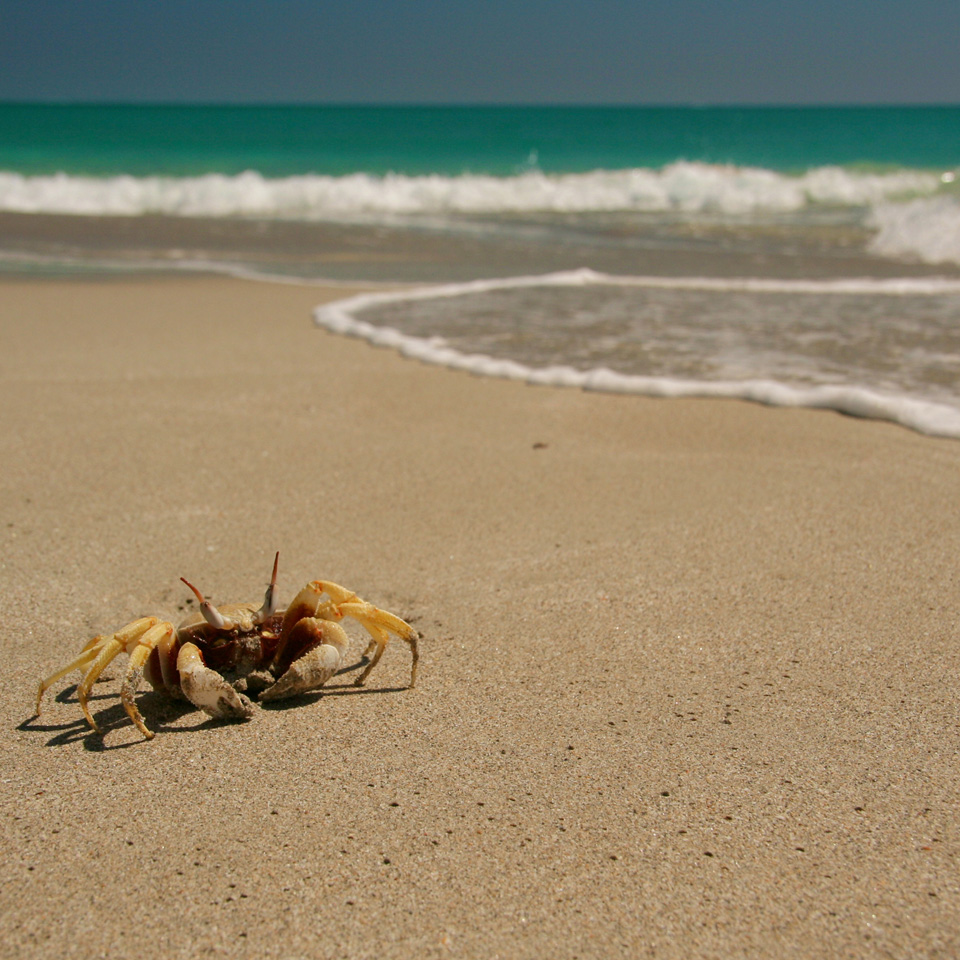 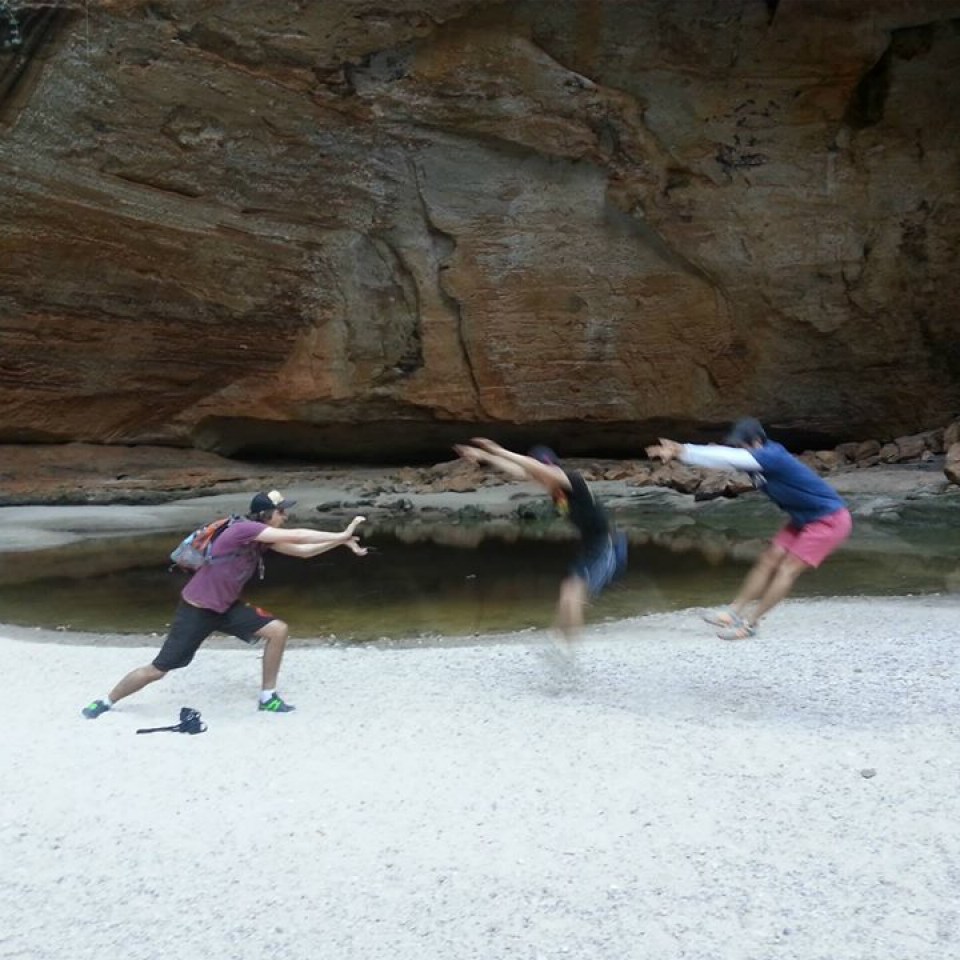 Using the force in the Bungle Bungles National Park 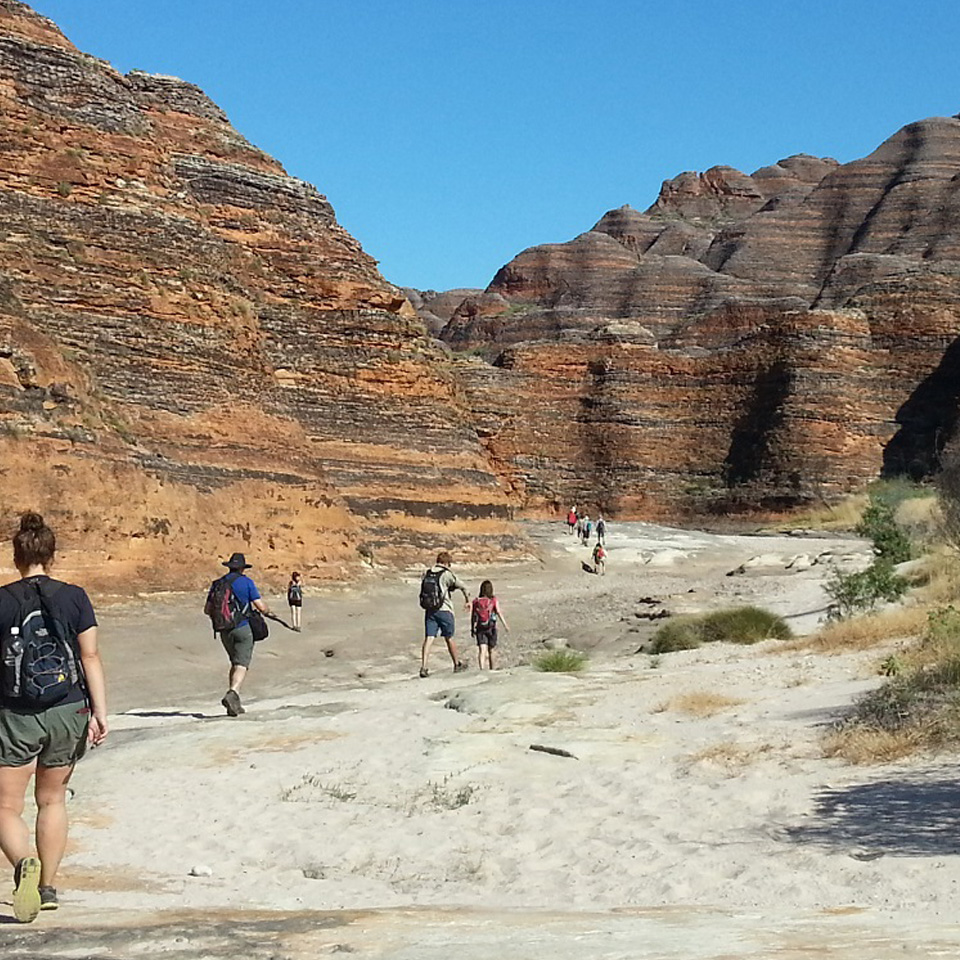 Hiking in the Majestic Bungle Bungles 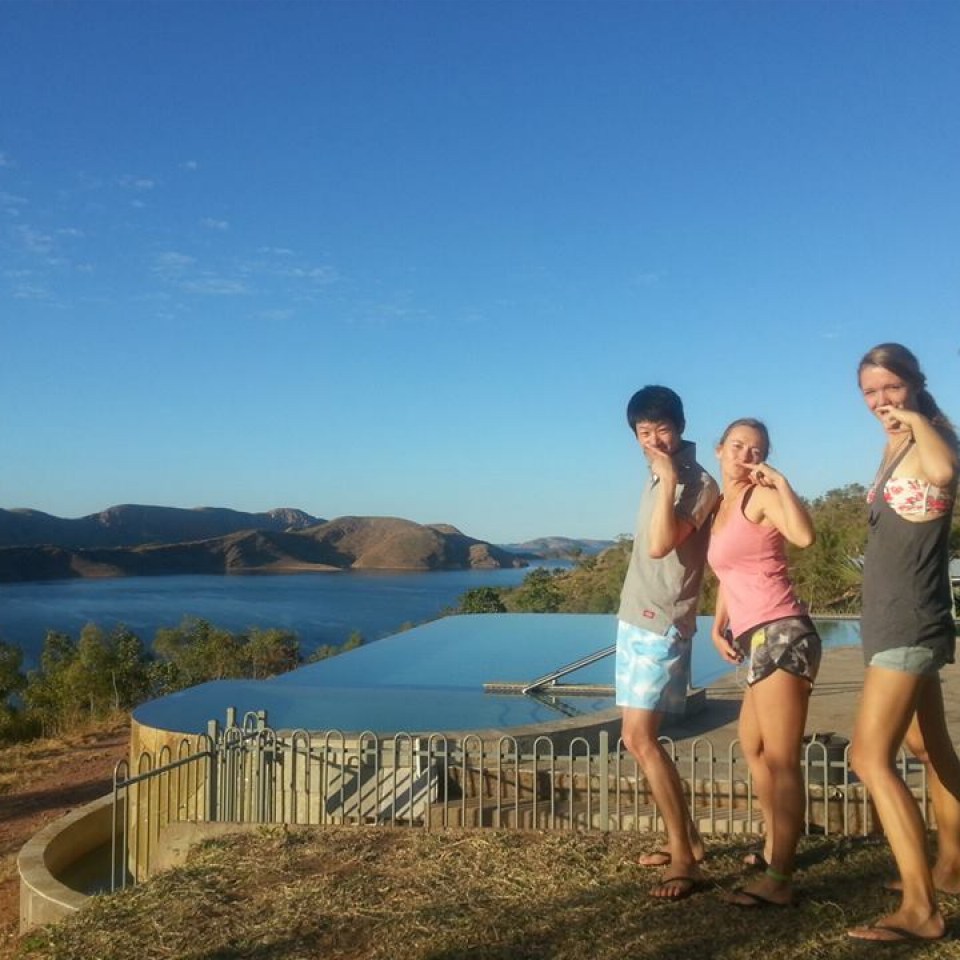 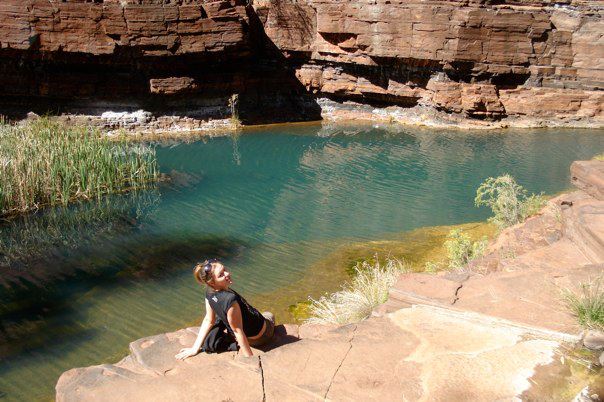 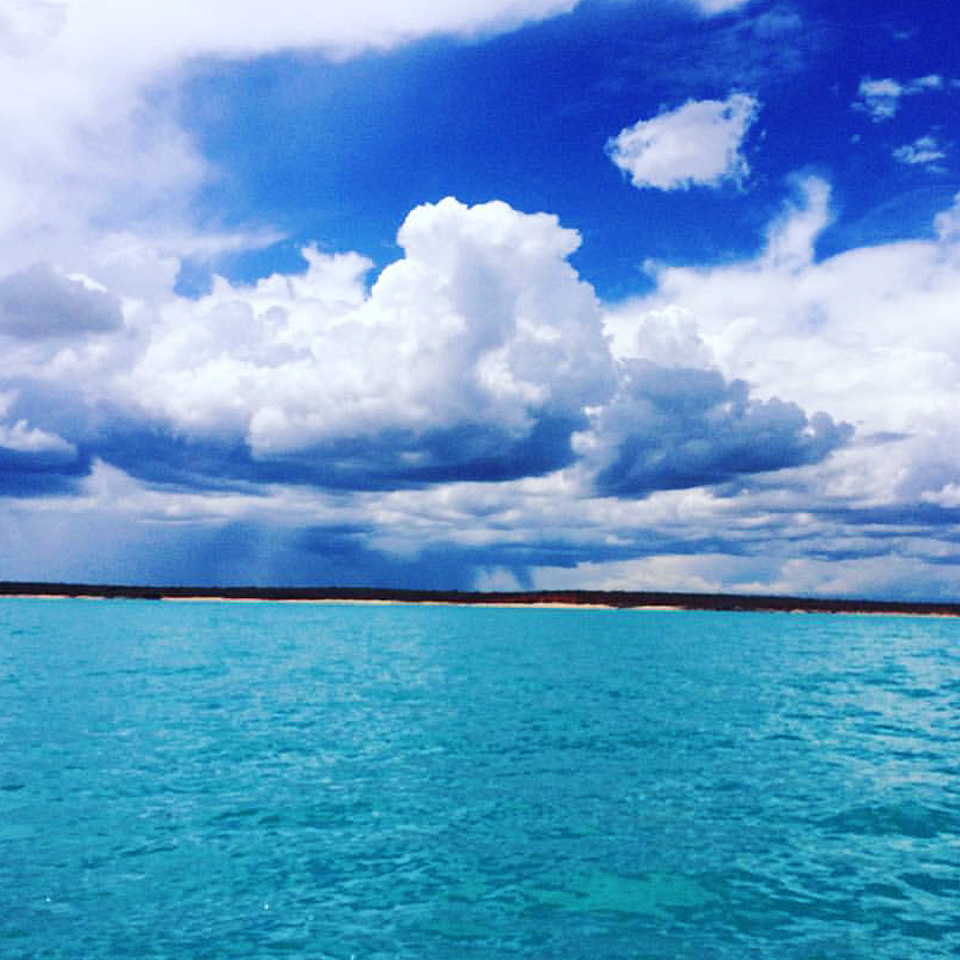 colours of the kimberley coast 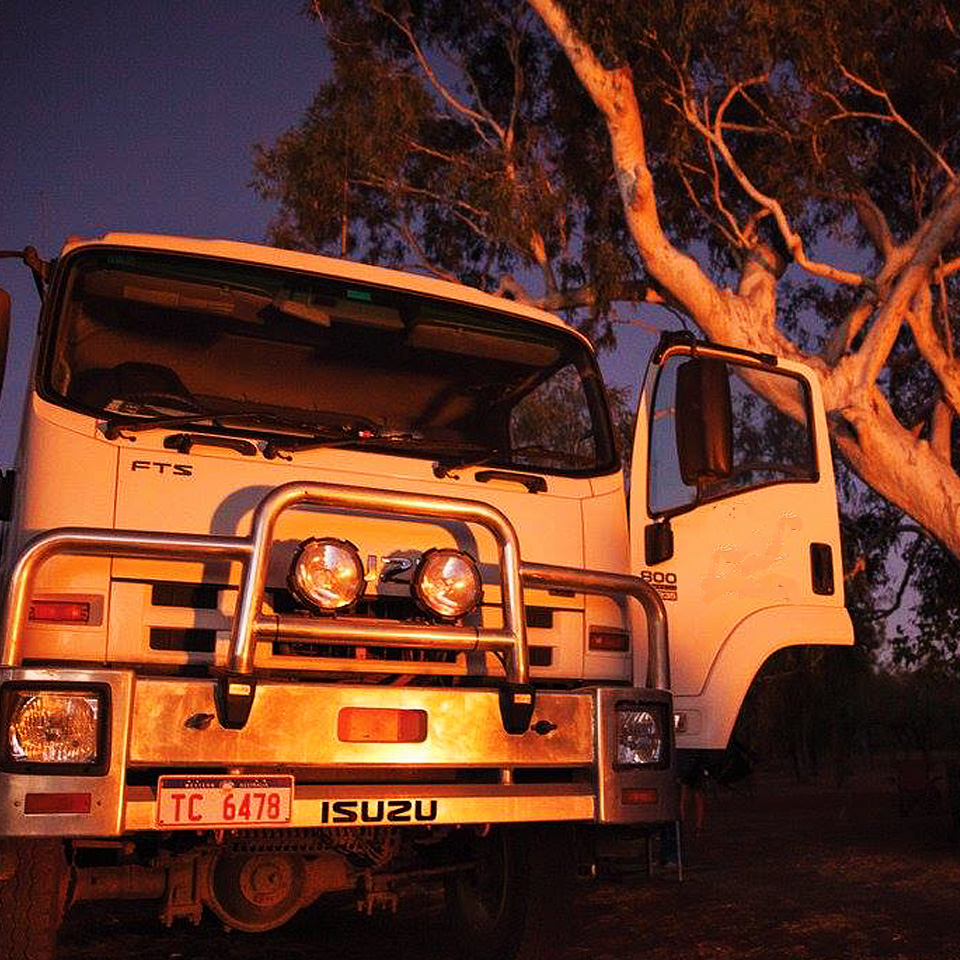 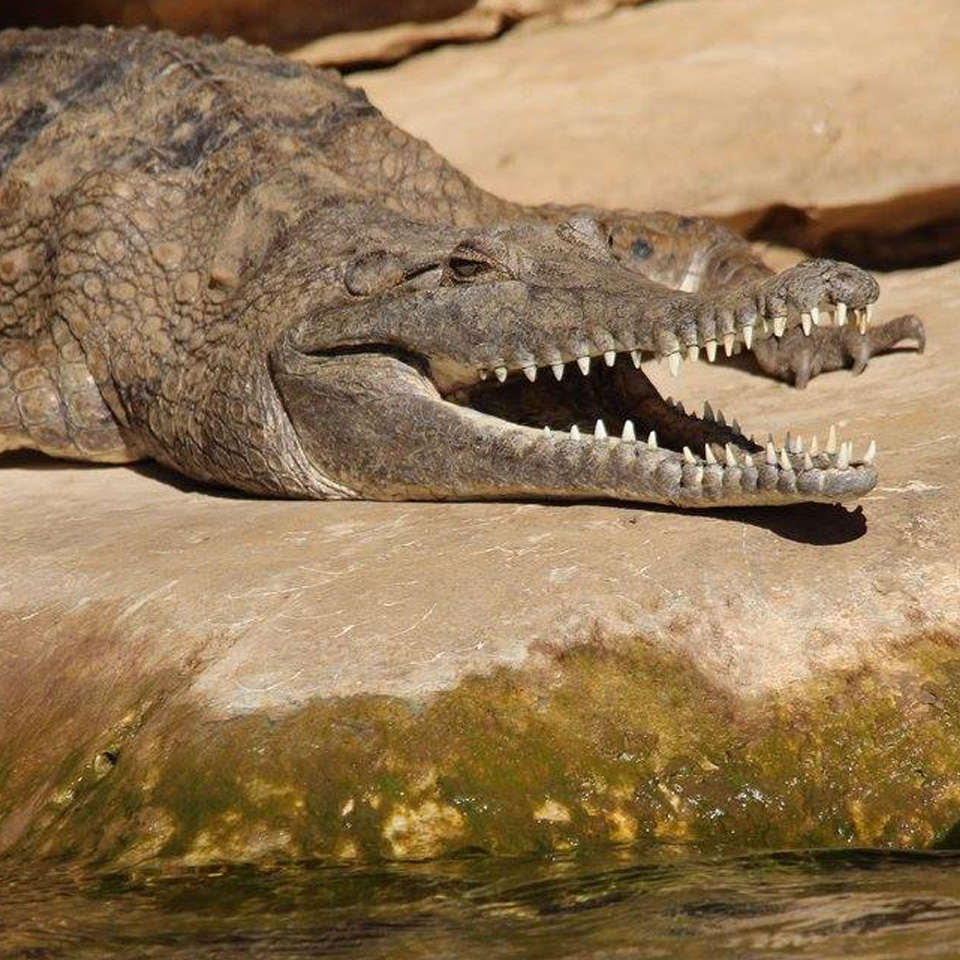 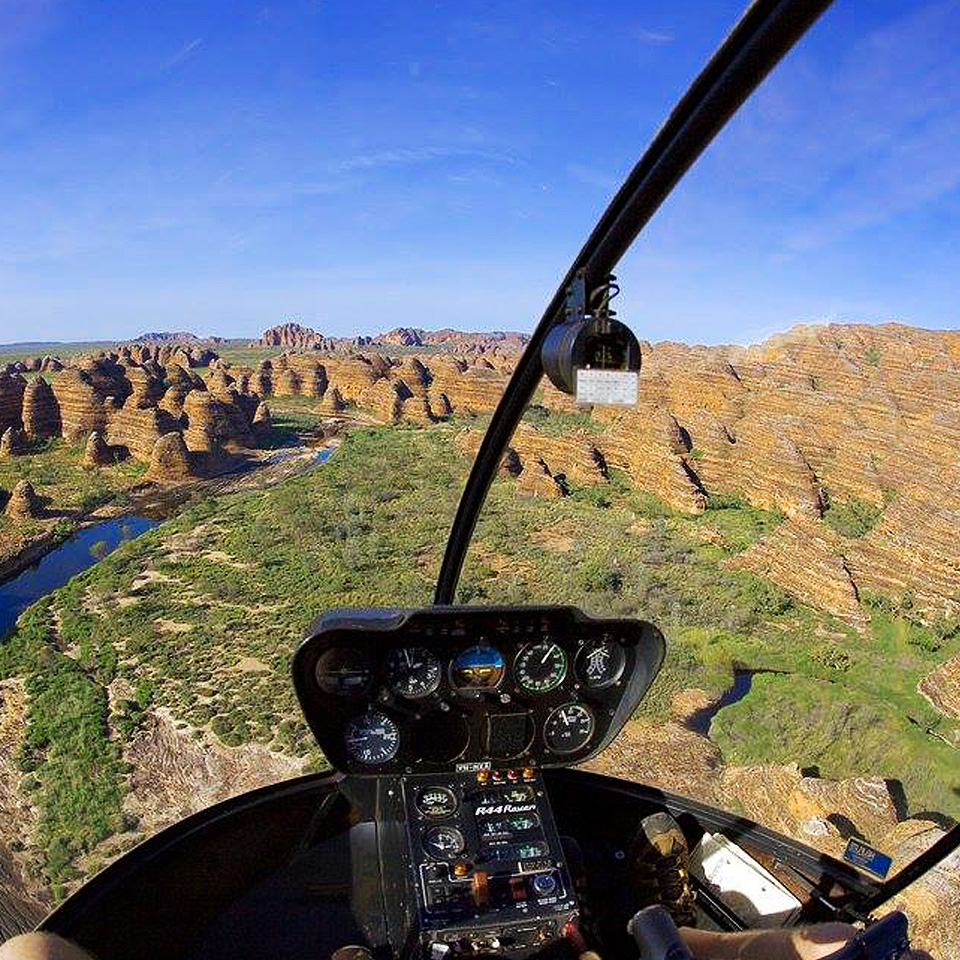 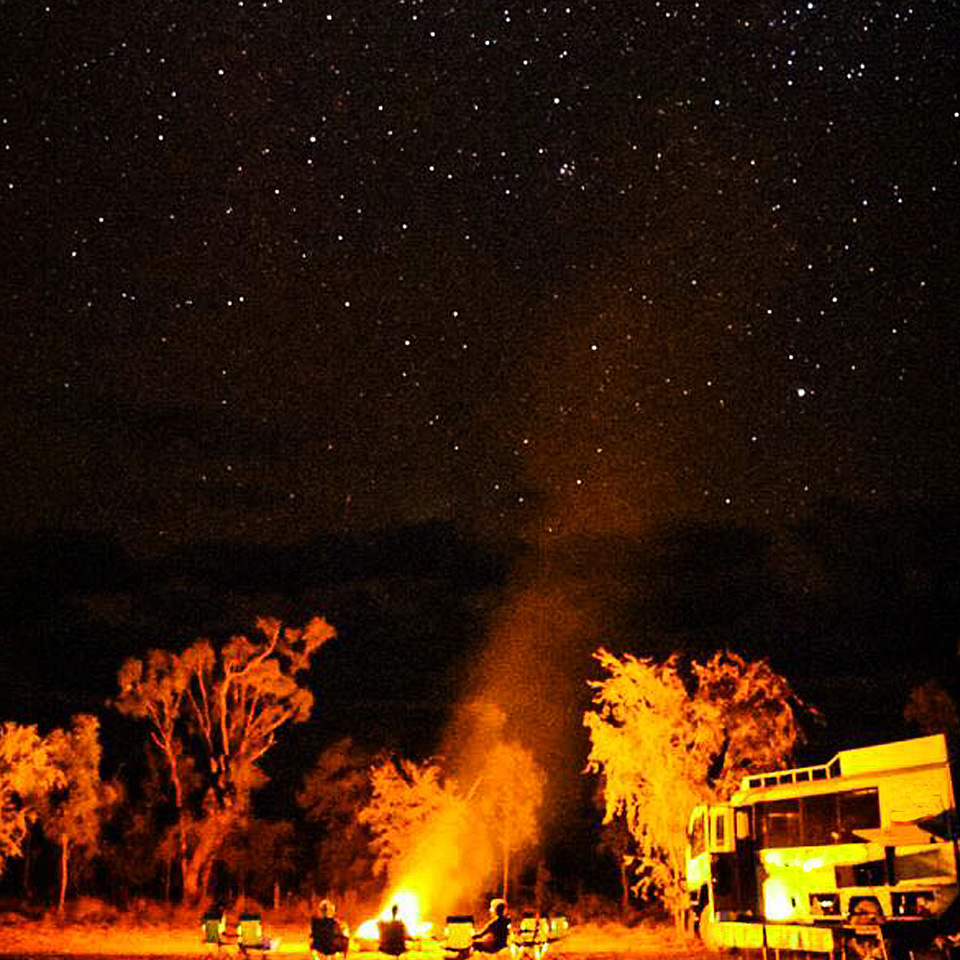 Starry nights around the camp fire 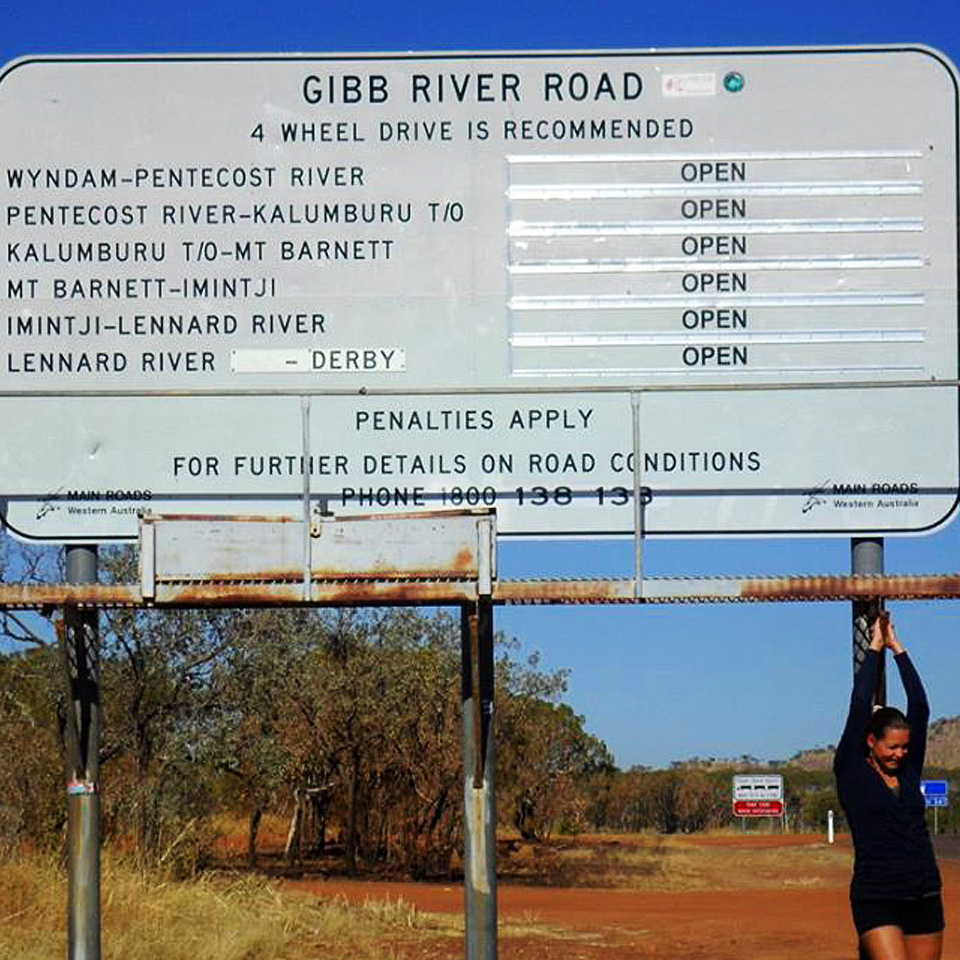 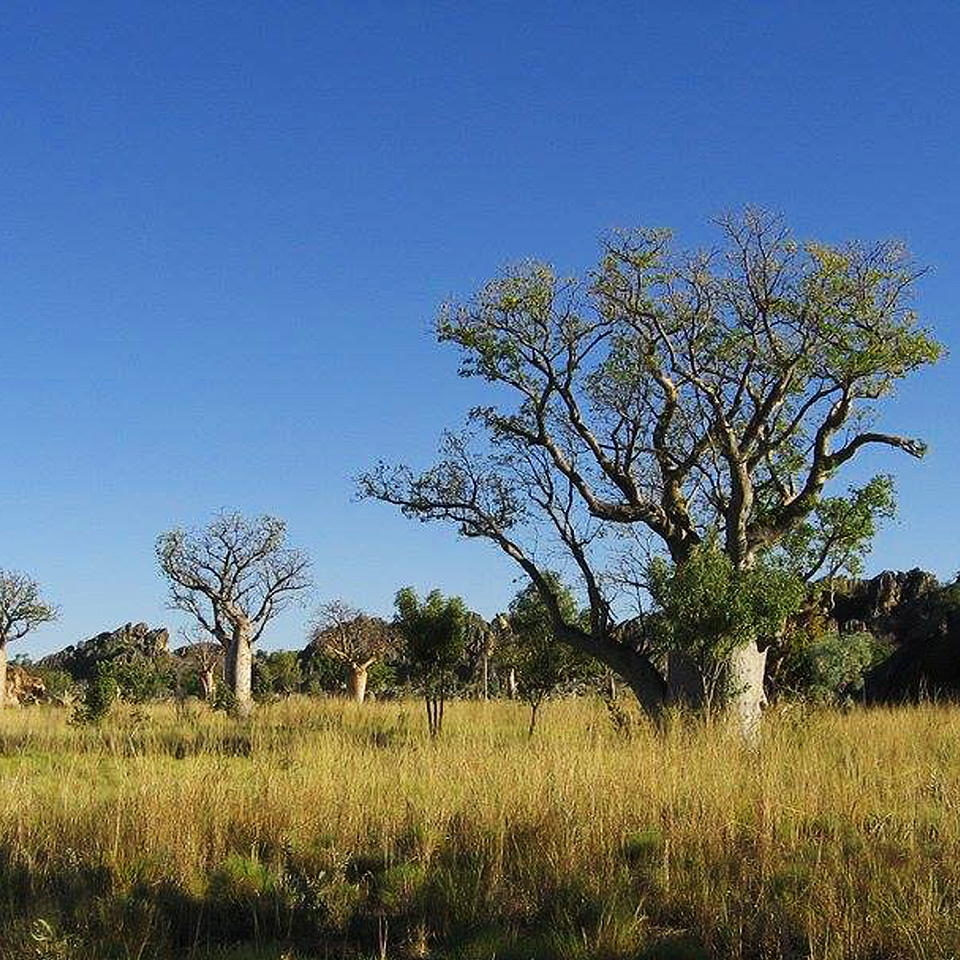 Cutest Australian Animals And Where To Find Them 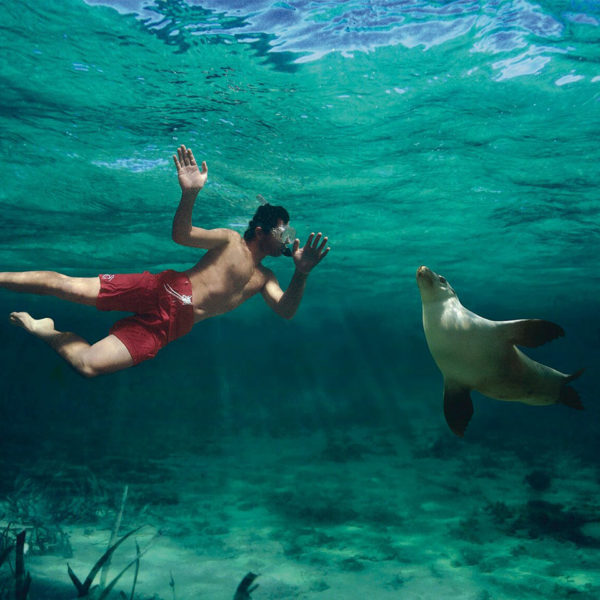 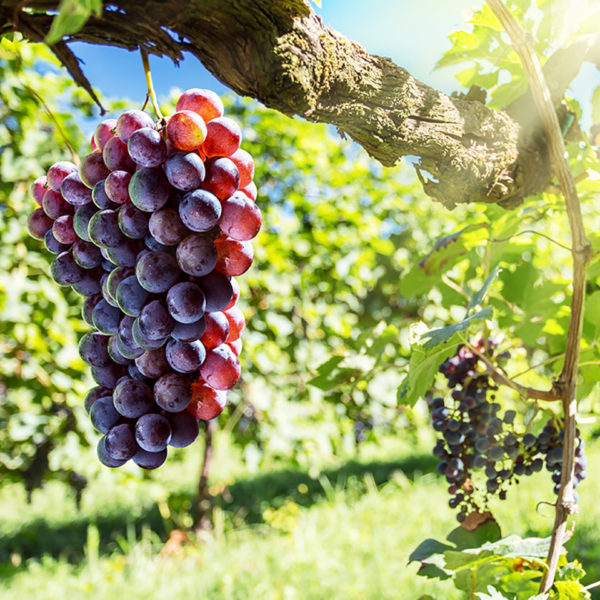 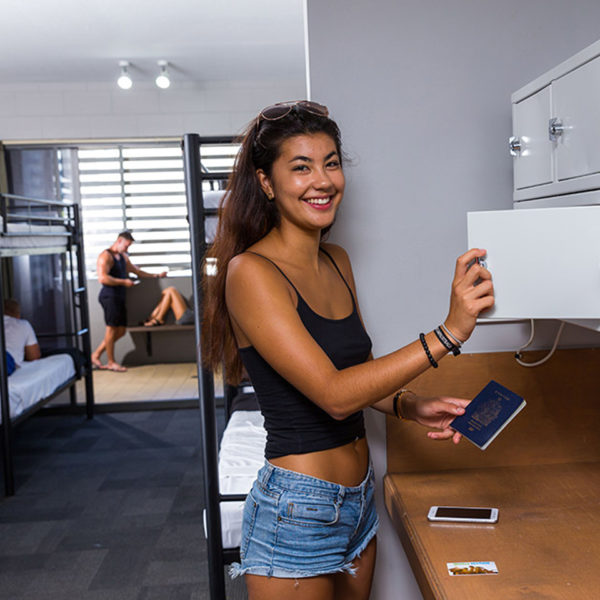 The ultimate guide on how backpacker hostels work in Australia