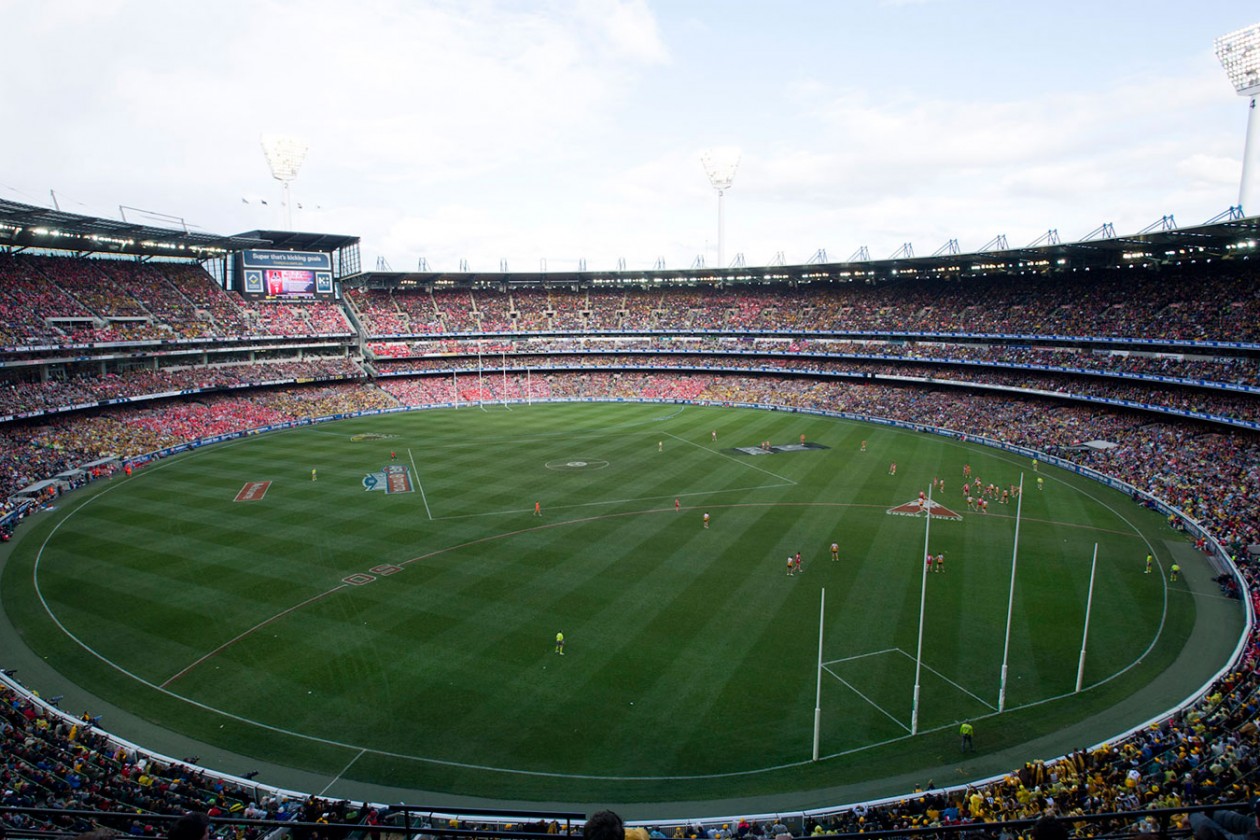 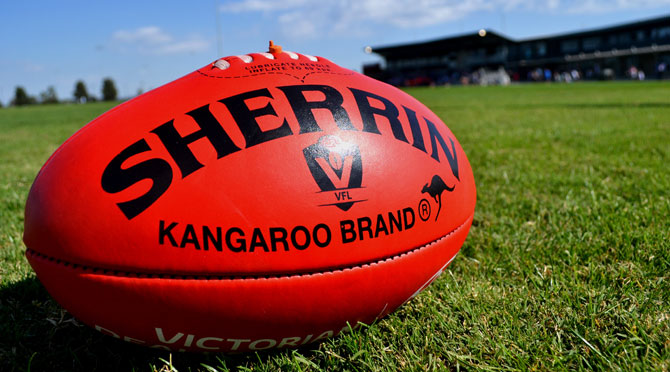 The AFL Grand final is one of the biggest sporting events in the world.

Unless you’re living under a rock, or perhaps near one of Australia’s many famous rocks and landmarks away from internet and cell reception then you know it’s time for the AFL Grand Final!

Held on the last Saturday of September or first Saturday of October every year it’s a massive event in Australia and especially Victoria, so big in Victoria in fact that the Friday before the final is now a public holiday for the state!

AFL stands for the Australian Football league which is the competition for Aussie Rules Football! To try and explain it in easy terms and give you the basics AFL or Aussie Rules is kind of a mixture of Rugby, Soccer and Gaelic football. It is played on a massive oval with an oval shaped ball with 18 players able to be on the field for each team at one time. Each team kicks towards opposing ends in order to score more points than the other. You can Punch(handball) the ball to other players and also kick, if a players Marks(catches) the ball then they get a free kick or 6 seconds to look around and distribute the ball with the opposing team unable to tackle. The ball also needs to be bounced every 15 metres if a player is running with it.

How do you win?

Score more points than the other team! At each end of the oval are two large posts and two smaller posts making up the Goal mouth. If you kick between the two large posts you score a goal which is worth 6 points. if you kick between the outside posts on either side of the goal or hit a post then you score a behind which is worth 1 point. If you miss everything completely you get nothing and feel pretty embarrassed. 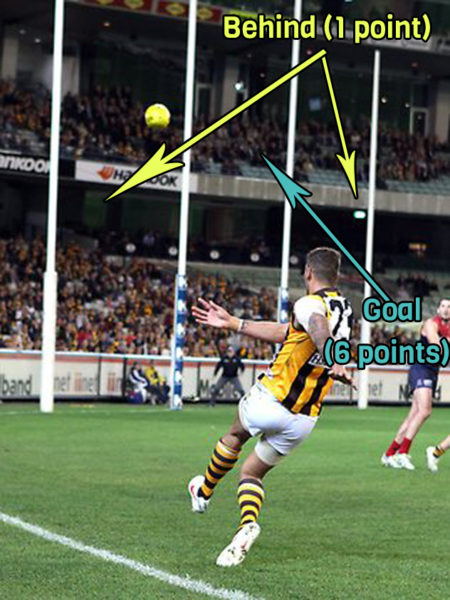 Where should I watch the AFL Grand Final?

If you’re in Melbourne the obvious answer would seem like the Stadium. The MCG where the final is held every year is a massive stadium with upwards of 100,000 capacity and was recently voted 3rd best sporting stadium in the world. Even with it’s massive capacity it is still incredibly hard to come by tickets. Preference is given to members of the clubs involved in the final and if you’re not a member you either have to know someone, get lucky or spend a pretty penny to get in.

If you’re not fortunate enough to get in the stadium hit up your local bar with your travel mates, you’ll struggle to find an establishment not showing the game on their big screen. There’s also the option of watching it at a local friends house or you could check if the clubs or city you’re in have organised a viewing area where they are going to set up a big screen for everyone to watch. It is the big one after all!

Don’t forget to check out the AFL Grand final Parade which is between 12-1pm in the city near Federation square on the Friday before the Grand Final.

If you don’t want to watch the game and want to escape the elevated price of accommodation in Melbourne for the period you can head out on a tour of the Great Ocean Road for the weekend while everyone else is preoccupied!

Previous article: Etiquette on tour – Making sure you and your group have a great time!
×
Travel Information Regarding Covid-19Read More