Diving Into The Whitsundays 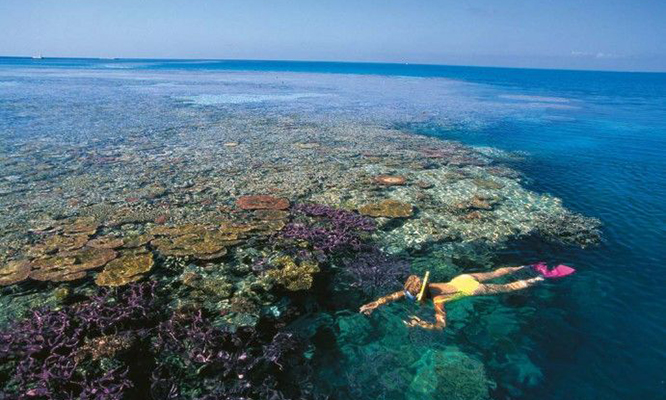 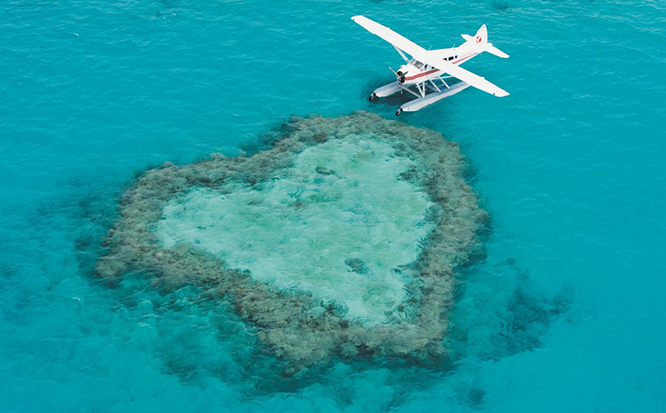 One of the best things to see when visiting the Whitsundays is what happens underwater.

Australia’s Whitsundays are 74 islands of the East Coast of Australia. They are one of the best features of the Great Barrier Reef and one of Australia’s premium tourist destinations.

Known for their vast stunning white beaches, delectable local food, and friendly natives. But one of the best things to see when visiting the Whitsundays is what happens underwater.

You can choose to put on either a snorkelling mask or a scuba suit, it doesn’t matter, because the second you get underwater it’s like a different world. The Great Barrier Reef comes alive here, full of colourful animals and coral, perfectly visible in the crystal clear waters. One Stop Adventures would love to take you there.

So study up before your trip, and learn about the wonderful creatures you’re sure to meet. 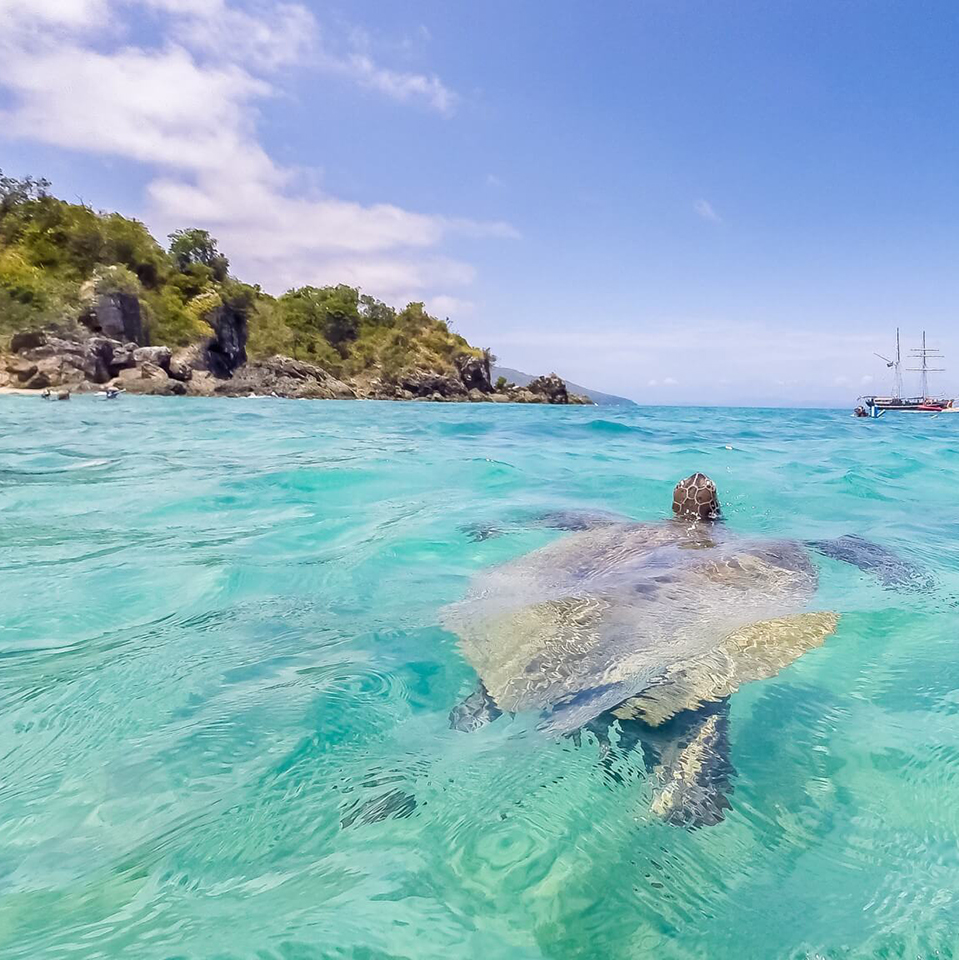 Whilst green sea turtles swim all around the world, they love Australia, and in particular the Whitsundays are known for being one of the best places to visit them. Green sea turtles are one of the largest turtle species, with full grown adults being over a meter long!

Their large size combined with their love for the coast and the Whitsundays beautifully clear water means that you’re almost guaranteed to get to see them on your dive. They stand out from the Whitsundays other species of turtles due to their distinct olive green shell and green fat underneath it, coloured that way due to their diet consisting mostly of seagrass.

Unfortunately, green sea turtles are currently an endangered species. It is incredibly important to be careful when swimming around them, acknowledging that you are in their natural habitat. But don’t worry, they tend to be pretty relaxed once they understand that you aren’t a threat.

Green sea turtles are one of the largest turtle species, with full grown adults being over a meter long!

Made famous by Finding Nemo, clownfish are well known for their love of the Great Barrier Reef. Yes the movie got this right, the Reef is where Nemo lives.

Clownfish can be seen in the Whitsundays year round, and your best chance of finding them is finding their well known homes; anemone’s. Once you find these, it’s not hard to spot a clownfish with their iconic orange or yellow striped body.

They can be territorial over their homes, particularly if they are currently looking after eggs, often hidden at the base of the anemone. Perhaps the most interesting fact about clownfish, and the one Pixar didn’t get right, is that clownfish have the ability to change gender. Their schools are made up of one dominant female, many males and their eggs. If the dominant female dies however, the largest male will transform and take over!

Unmissable if you are near them, manta rays range between 5 and 7 meters in length, and love the tropical waters of the Whitsundays. Unlike stingrays, there is absolutely no reason to fear them, as manta rays are completely harmless to humans.

Nicknamed ‘sea angels’, manta rays can be fascinating to witness in the sea. Don’t be intimidated by their size, instead focus on their elegant swimming and gentle nature. And be sure to pay attention whilst you’re in the water. Due to their large size, manta rays are rarely able to be kept in aquariums, meaning this opportunity to see them is precious, and you shouldn’t miss it. 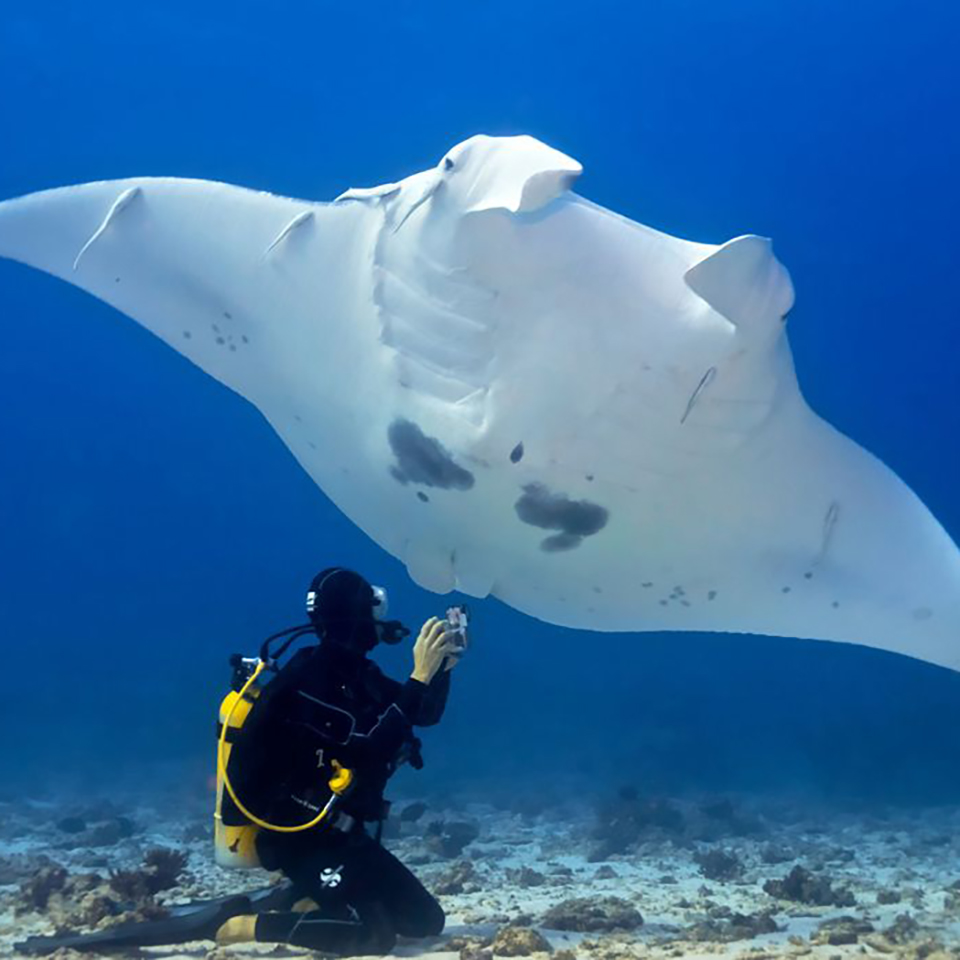 Despite being severely endangered in many places around the world, giant clams grow in large numbers around the Whitsundays. They mostly grow in depths around 20m, so not too deep for most divers or snorkellers to see. And trust me, you will see them! Giant clams grow up to a meter long and can weigh over 200 kgs!

They were once thought to be a danger, with people thinking they could close themselves shut and trap in, or maim legs and arms. However we now know that they only close very slowly, with some unable to completely close at all. This means you can get close with no worries, and view this wonder for yourself.

Also known as the humphead wrasse, these are a unique fish, standing out due to their large size and odd shape. That shape being a prominent hump on their head, and large protruding lips. They can reach up to 2 meters in length, so whilst their colour varies between shades of blue, green and purple, they are easily identifiable.

They are a favourite for scuba divers and snorkelers as they are comfortable in shallow water and around reefs, as well as being friendly in nature. Maori wrasse are known for being comfortable around divers. However this friendly nature has lead to a significant decrease in numbers, as they are also known as being a luxury fish to consume. Whilst this is illegal in the Whitsundays, a history of hunting has affected their numbers. 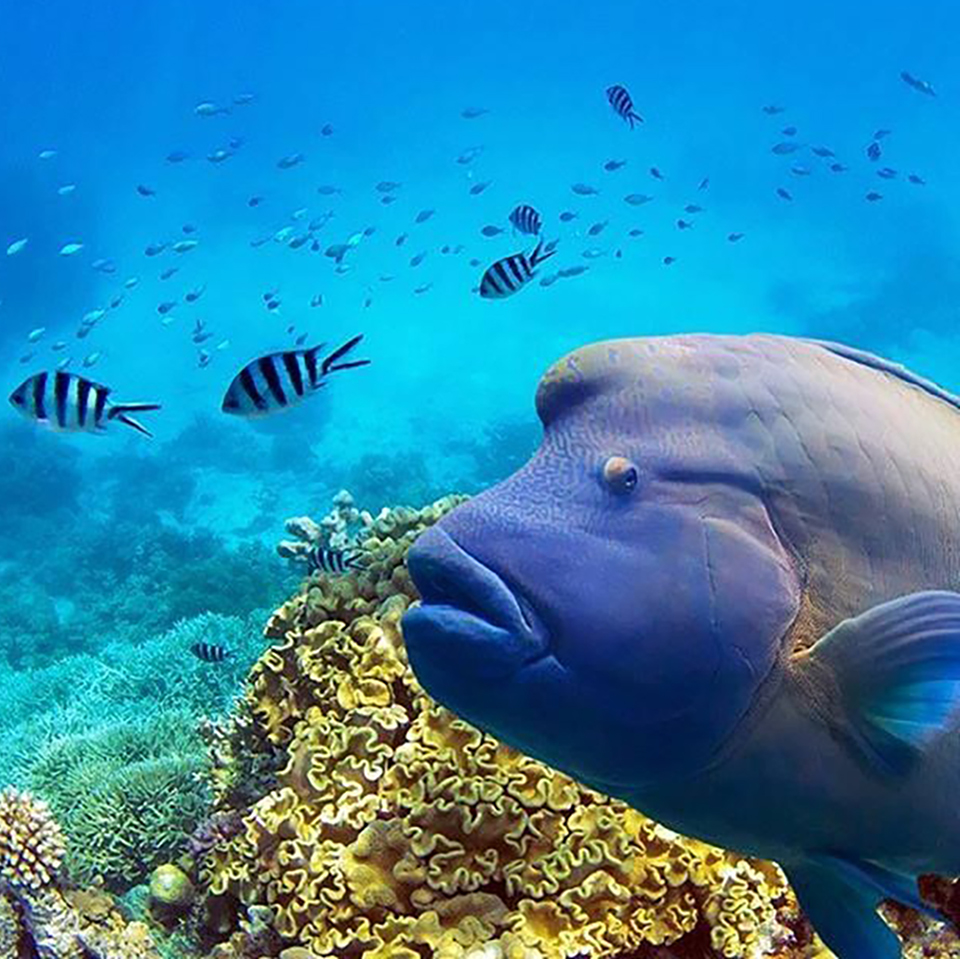 Many species of sharks live in the warm water of the Whitsundays. Don’t let this scare you away however, as most are non-aggressive and shy around humans. In particular, reef sharks are known in the islands due to their liking for shallow waters close to the coastline. They maintain a good relationship with the people of the Whitsundays, however often try to avoid human interaction.

It is considered lucky for a diver to get to see these sharks in their underwater adventures, as they often shy away. However, if friendly and slowly approached, they can be seen. Shark attacks are extremely rare for those who are concerned, as they are only known to attack when deliberately provoked. Be nice to them and they will be nice to you.

The sharks in the Whitsundays range significantly in size. The more commonly seen reef sharks are often quite small, making them less scary of an experience for those new to the area. However, the islands are also known for spotting of whale sharks, known for their large size. Despite this, they are also not a threat, as their name also comes from their friendly nature. It isn’t recommended for beginner divers, but they have been known to let humans catch a ride on them!

Whale watching is a favourite activity for those visiting the Whitsundays during winter, and you don’t even have to get wet to do so!

Between June and September is when whales migration patterns bring them to the Whitsundays, as they use the calm waters of the islands to give birth. Sighted almost daily by most Whitsundays boat tours, if you come during the right months they aren’t easy to miss. Humpback and Pilot whales are most commonly seen in the Whitsundays. See if you can spot Migaloo, a whale famous to the locals due to his distinct white colouring.

Whales can be fascinating to watch during this time. They range between 5 and 18 meters in length, and often travel in pods. Baby whales, known as calves, can be smaller, but will be surrounded by large whales, making them easier to spot.

It is important to be safe when participating in whale watching, but as long as you are with a respected tour, they will ensure safety for yourself and the whales.

Whale watching is a favourite activity for those visiting the Whitsundays during winter, and you don’t even have to get wet to do so!

Do these animals sound fascinating? Tempting you into adding the Whitsundays to your bucket list? Here at One Stop Adventures we completely understand that facintation. Our range of Whitsundays tours all involve exploring the marine life available. We have tours such as our James Bond package focusing on meeting certain animals like clownfish, and clams. Or the Adventure package featuring multiple days both in and out of water, but always surrounded by wildlife.

Stay for as little or as long as you want, our tours of the Whitsundays range from day tours to month long tours around the entire east coast of Australia, depending on your budget and time frame. These tours always include the Whitsundays of course. Feel free to contact us at any time to hear more about how we can offer you the experience of a lifetime in the Whitsundays.