How to get to Australian Open on public transport 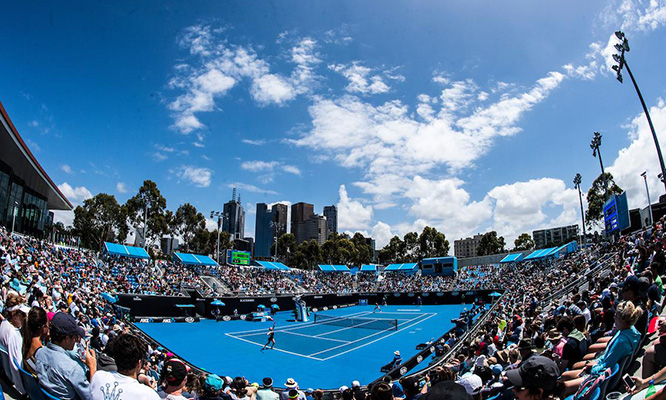 Here are some easy ways how to get to Australian Open

January is summer time in Melbourne and this time of year the city heats up with excitement for The Australian Open Grand Slam Tennis tournament.

Melbourne hosts some of the worlds biggest names in Tennis both Male and Female as well as up and coming stars of the future. The event is expected to see over 720000 people through the gates.

Tickets for matches inside the arenas such as Rod Laver Arena tend to sell out very quickly and if you are interested in tickets for the finals its best to book in advance, the prices of tickets start at $79 – $305. If you want to spoil yourself it is really worth the experience to be inside the main arena with the crowd and being a part of the atmosphere and witnessing some world class tennis action.

For those on a budget we recommend purchasing a General Admission Ground pass which will let you have access to all of the outside courts and ticket prices are $49 per person.

Ground passes are amazing value as Australian Open with the AO Live stage offering 15 Days of consecutive live entertainment with some of the international and local bands and artists pumping out the tunes!

How do you get to the Australian Open?

If you are a valid Australian Open ticket holder you can catch a Tram 70 or 70a from the Tram Stop at the corner of Flinders St and Swanston St to Melbourne Park (Australian Open) that will be free of charge.

Catch tram 16 from just near Luna Park and jump of at Flinders St Station and transfer to Tram 70 or 70a to Melbourne Park.

Catch the bus 246 from Barkly st in St Kilda and jump off on the corner of Swan st and Punt rd,  Richmond and walk 500 metres to Melbourne Park.

If you want to travel outside the free Tram or on a train or bus then you need to have a Myki card. Myki cards are available for purchase from 711 convenience stores, certain retail outlets as well as train stations.  Here is a list of all the retail outlets, just enter your address and it will show you the closest place to buy one.  The card itself costs $6 and then you can either top it up with a myki pass or myki money.  Most people use Myki money which is $3.90 for a 2 hour journey and you only get charged for 2 rides a day so a maximum of $7.80. Weekends are a bit cheaper with the maximum charge for the day capping at $6.00. If you have chosen to live and work in Melbourne and use public transport every day then it may be cheaper to top up with a myki pass for a week or month.