What to do in Noosa 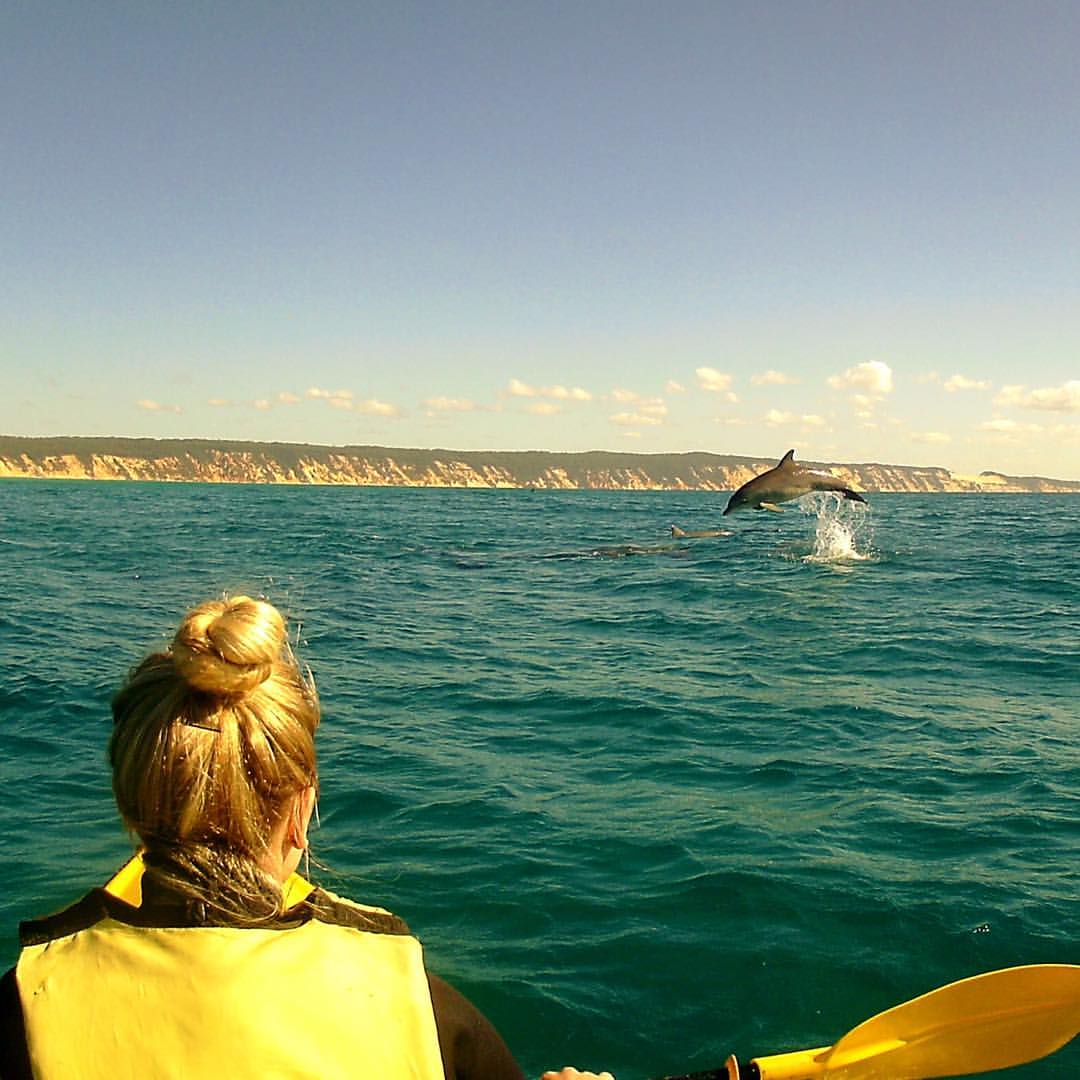 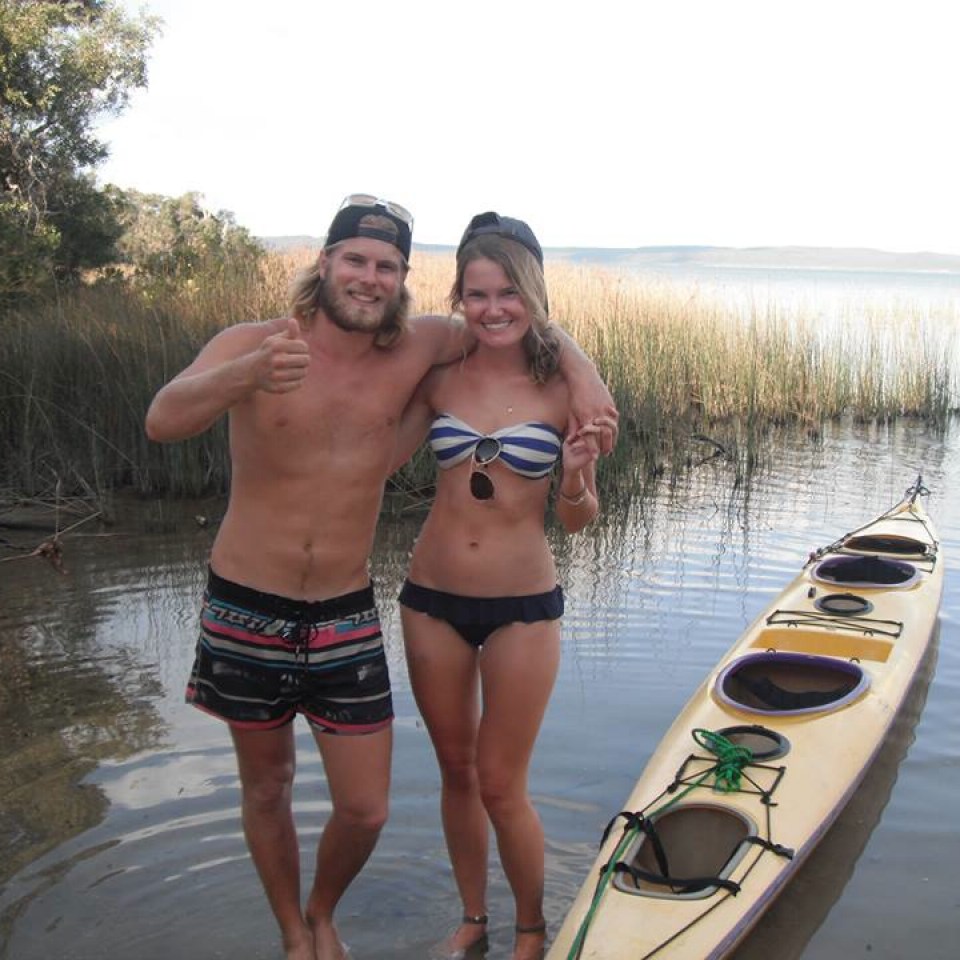 How to spend a couple of days(or more) in this great place.

I recently had the pleasure of being invited by Tourism Noosa to spend some time exploring Noosa and its awesome range of tourist attractions in the area and might I just say it totally exceeded my expectations!

Being based in Melbourne Marie and I arrived at the closest airport to Noosa which is Sunshine Coast(Maroochydore) Airport. This is around 20-30 minutes drive from Hastings Street which is where our accommodation was.

We were chauffeured by Gary from Rentacar Noosa who offers a cheap airport transfer to and from the main tourist part of Noosa and surrounding areas. Gary was super friendly, originally from Ireland he has now has spent the last 10 years or so with his car hire business and airport transfer, we strongly recommend Gary if you are flying in and out of Sunshine Coast Airport.

Arriving into Hastings Street in Noosa we checked into our accommodation at Halse Lodge which is a charming Queenslander building located just 200 metres walk from the main beach in Noosa. The staff at Halse Lodge would have to be some of the happiest people you will come across upon check in and really love going that extra mile to keep their guests happy.

Sarah, Stacey and Jess were in the office when we arrived and offered us plenty of free tourist information and activities to do while in Noosa.

This is a really unique hostel accommodation set up which has a bar and restaurant downstairs that has outdoor dining restaurant surrounded by a bush atmosphere being that a National Park is practically neighbouring the property.

Just a heads up that they offer a free pick up service from the bus station for every Greyhound and Premier bus traveling through Noosa.

Halse lodge is a unique accommodation with great staff. 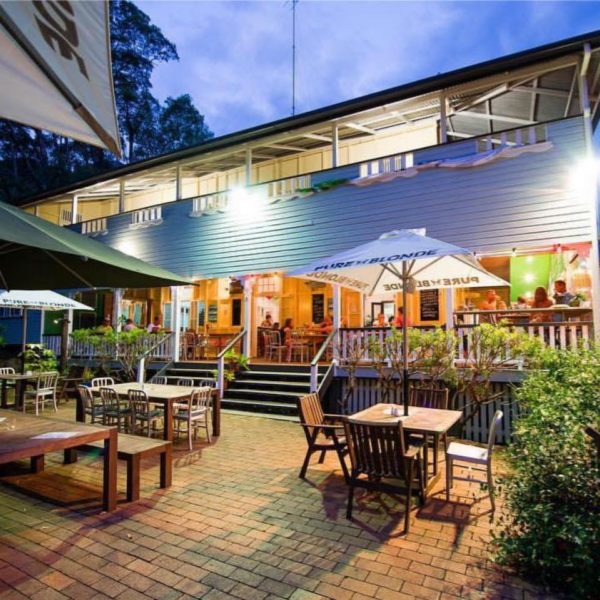 Our first activity that a few had planned was a day out at Australia Zoo, which was the home of Steve Irwin the crocodile hunter.  This is a really spectacular Zoo that is spanned over quite a large area so unless you can afford to hire a private golf cart, it might be a good idea to wear some comfortable walking shoes and be prepared for a fair amount of walking.

You can get a return greyhound bus to Australia Zoo from Noosa that departs from Noosa Junction daily at 8:10am arriving at the Zoo at 9:35am and the returning bus from the Australia Zoo departs 4:05pm and arrive back to the bus junction as 5:30pm.

Also my last tip for the Zoo is that take a jacket with you in the winter months as you are in the Sunshine Coast Hinterland and it can get quite chilly up there.

We were luck enough to be treated to a private tour from Sheri who works for Australia Zoo and she gave us the inside scoop on a lot of the animals, we got to cuddle a Koala and Sheri also informed us on how much effort goes into running such an awesome zoo! The Crocoseum is a big stadium like grandstand where at 12pm everyday they host a wildlife warriors show with all sorts of birds flying birds trained to land right up close to the audience and of course big saltwater crocodiles.

A good tip is to sit where they have rope around the poles, generally around three quarters of the way back in the crowd. You will see two rangers come up and stand close to that area to feed the birds. They come right up to you!! Pretty cool!

Then its time for the main event which is where they lead the big saltwater crocs into the main arena! These bad boys are super big and the clear water lagoon really lets you see the size of these magnificent creatures!

They then feed the crocs and explain their behaviour and educate the audience with a LOT of enthusiasm which would have made Steve Irwin proud that his legacy lives on.

That evening we were invited by the super cool Juanita Bloomfield from Tourism Noosa out to dinner at the local beachfront popular restaurant Seasons where the food and wine was amazing  with the added bonus of being right on the beach.  After our awesome feed we decided to call it a night as we had an early start the next day.

Watching the feeding of the Giant Crocodiles is awesome! 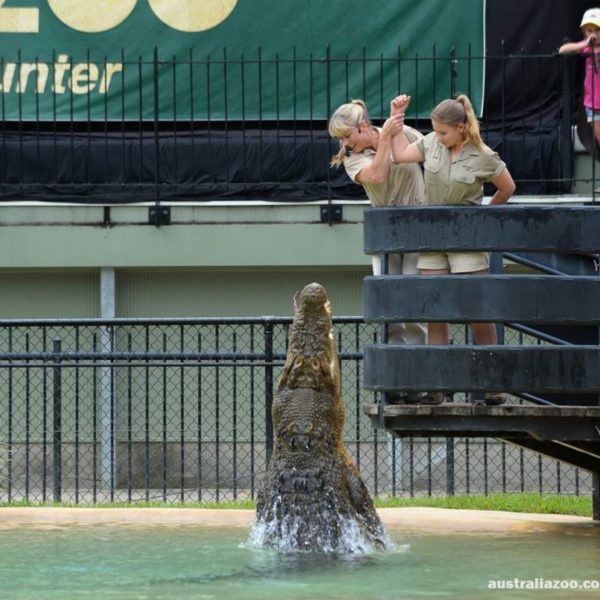 The next day we were booked on for a day out at Double Island Point where we went kayaking with Dolphins.  Sean was our tour guide for the day picking us up from Noosa, with coffee in hand and an awesome sunny day we made our way towards Rainbow Beach via the Noosa Ferry which then gets you to the famous Great Beach Drive from Noosa North shore to Double Island Point.

Its a pretty cool feeling driving along the beach and waving to all the campers who are perched on the sand dunes with their Aussie Flag poles up! Cant get much more Aussie than that!

Sean informed us that Double Island point is home to the longest surf wave in Australia, and we arrived to a crisp winters morning to get our wetsuits on, grab the kayaks off the trailer and get ready to hit the water.

Double Island Point was stunning and the water was crystal clear, as we paddled out towards the point sure enough we ran into tow separate pods of dolphins which swam right up to us and around our kayaks.

It was a surreal experience and we were a small group which made it even more special and the dolphins were really calm and just swimming playfully around us!

While we were there Sean told us he also runs the surf lessons at Double Island Point on his other days working, we saw the group there as we were paddling back in and they looked like they were having a blast!

Once we had packed the kayaks up we were dropped back to our accommodation and decided we would check out the Noosa National Park.

There are a range of different walks available ranging from 10 minutes to 2- 3 hours. We decided to get adventurous and take the two hour option.

Over our time exploring this beautiful national park we saw an echidna, two koalas and a goanna plus it was just cool look down from the headland and watching the long boarders cruise along the waves.

After a long day exploring we then decided to eat downstairs at Halse Lodge as our legs were a bit tired from the big day and didn’t want a long walk home to our bed! I was impressed by the service and quality of the food they produced and they had Stone and Wood Pacific Ale on tap which made my day! With our bellies truly done and dusted it was time for bed!

Again, another bright and early start to the day it was time to check out the Noosa Everglades. We organised a one day Kanu Kapers Noosa Everglades tour which explores the southern fringes of the Great Sandy National Park on a kayak while experiencing the mirror image effect from the dark waters taking in some Australia best birdlife spotting.

We reached a perfect place called Harrys Hut which is quite famous for the locals as a fantastic picnic place while exploring the river.  Our guide Kim was an Australian Champion Kayaker with a wealth of knowledge of the flora and fauna. All in all the kayaks were professional and glided through the water with ease and we learnt a lot about the this beautiful Noosa Biosphere.

We said goodbye to Kym as we unloaded the kayaks at her house close by and then were dropped back into Noosa.

We thought after all the paddling we would check out the local surf club for a feed and a well deserved pint! The Noosa Surf Club is located smack bang front and centre on Noosa Main beach and is a great place for a classic pub meal and watch the locals go about their business of living in a sunshine soaked environment.

We topped of our day with some compulsory sunbaking and a swim before catching a flight back to our homeland south of the border.

If you are wanting any further advice about Noosa, jump on live chat in the bottom right or send us an email to info@onestopadventures.com.au as we are always happy to help!