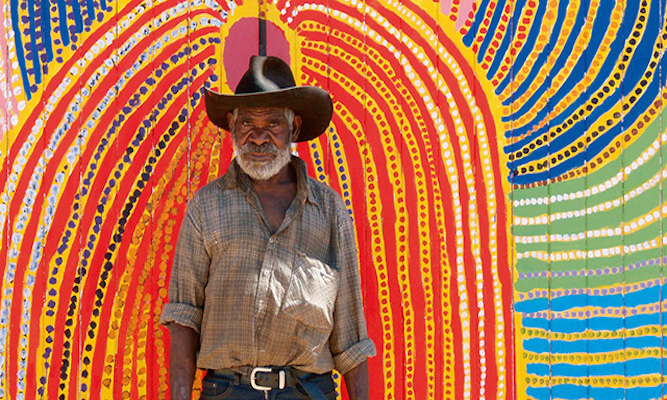 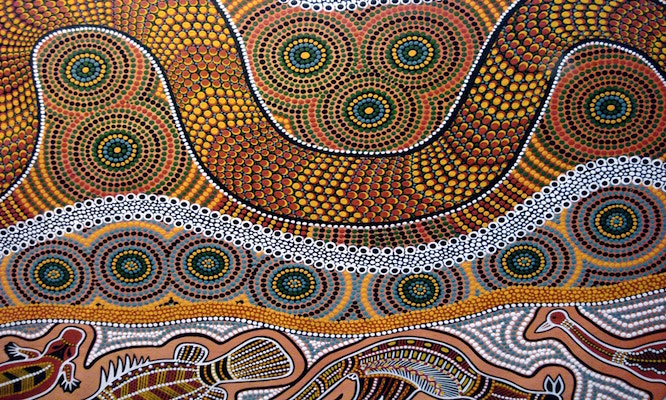 Indigenous Australians have a worldwide reputation for their long history of creating art with, and about, the natural world around them.

Indigenous art is not limited to one medium or style, and has evolved throughout the ages. The traditional practices are still followed and valued highly today, and visitors from all over Australia and the world travel to cultural centers to learn more about this intriguing art form.

One Stop Adventures understands this fascination with Aboriginal art, and feels passionate about its importance in the Australian landscape. We have many Uluru and Outback Australian tours incorporating Aboriginal Art, but one of my personal favourites is the 5 Day Uluru Discovery Tour, where you get to learn one of the most celebrated methods of Aboriginal art, and even get to have a go using the techniques yourself. 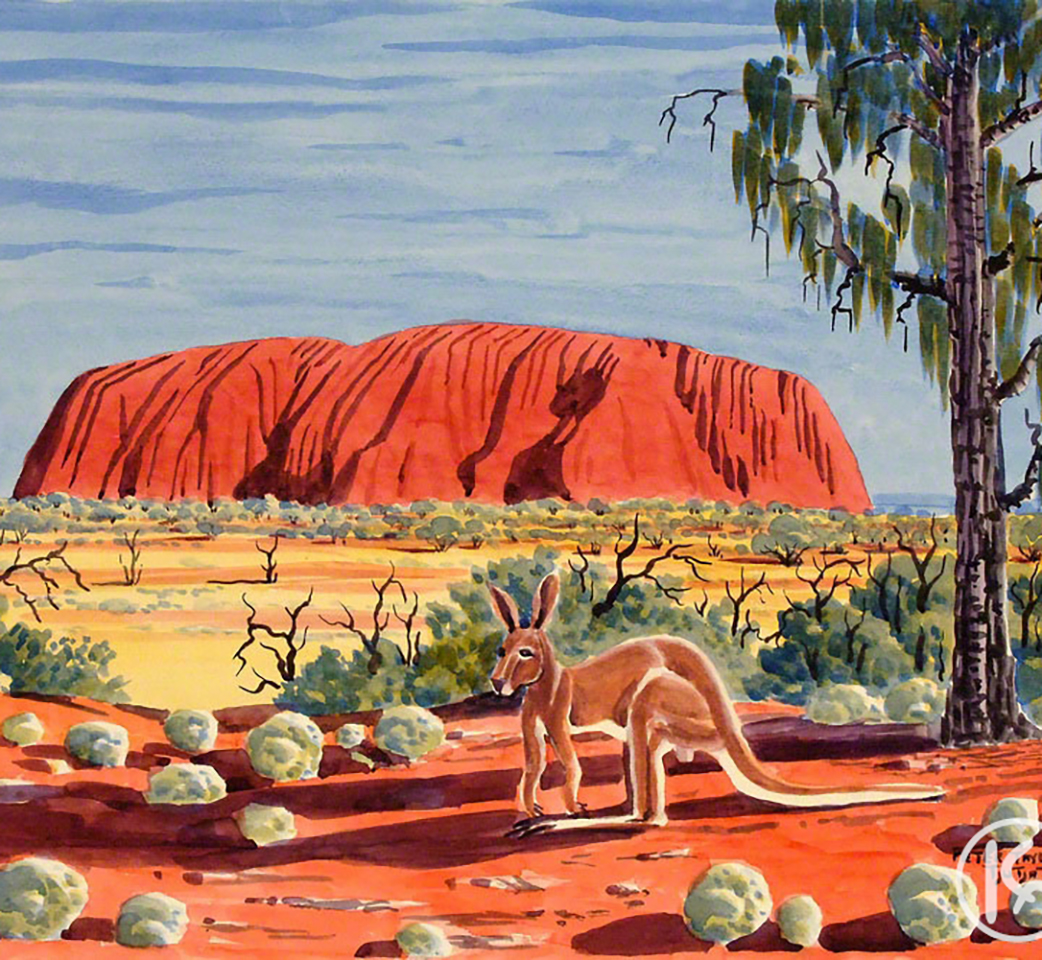 Australia’s Aborigines have been creating art for as long as they have been in this vast country. They are well known for being storytellers and this is how their art practices began. Their are said to be over 300 indigenous languages spoken across Australia, many of which are verbal only.

Language was an important thing for Aborigines, as it is how they shared stories and communicated, a large part of their culture. However, with language being a mostly verbal thing, Aboriginals needed another way to tell their stories. This is where they first began to explore physical art, and why it became so important to them.

The first Aboriginal art centered around rock painting. With art dating back over 28,000 years ago, it can be found throughout Australia. It is often seen in important Indigenous artifacts and sites, including the most renowned of them all; Uluru.

Aboriginal art continued to evolve from here, as more mediums were discovered and created. Different tribes were creating different forms of art, but they all had similarities. Indigenous Australians primarily used art as a way to tell their stories, often featuring their people interacting with the Australian landscape, including references to native fauna and flora.

“Australia’s Aborigines have been creating art for as long as they have been in this vast country. They are well known for being storytellers and this is how their art practices began”

As Aboriginal art developed across the different tribes, different mediums and forms of expression were developed. Each tribe has their own distinct styles, and it is considered highly inappropriate to steal from other tribes.

One of the most well known form of Indigenous art is dot painting. This style of painting originates from a time in Australian history when there was a strong line between Indigenous people and white settlers. The dots were a way for Aboriginals to paint without their meanings being understood by white settlers. They wanted to hide their stories that were most sacred to them. Since this time many stories have been shared and discussed between these two peoples, but the style of painting is still created across Australia.

Cross Hatching is considered similarly to dot painting to be one of the most iconic styles of Aboriginal art. Traditionally using human hair, cross hatching creates close parallel lines to fill in space. Acting as a paint brush, the hair is used to create very straight structured lines, one set leaning one way, and the second leaning the other, overlapping to create the crossing effect. This style is believed by Aboriginals to contain the power behind the story the artwork is telling

Whilst the style changes across different ethnic tribes, one thing that remains consistent across Aboriginal art is the use of symbolism to tell stories. However, different symbols often have different meanings to tribes, with many having their own unique symbols for their stories.

There are a few mostly universal symbols to be aware of when looking at Indigenous art. The small line with the swish at the end, looking a little like a tick but going both ways can reasonably easily be recognised as kangaroo tracks, and many like spears, ants and boomerangs don’t need to be taught.

It is the symbol for humans that often causes people to be stumped. It looks like a U shape, sometimes with a line or two to the side to indicate gender. The common theory for why this is, is that when a person sits in the sand then stands up it looks like a U. This makes sense as early Aboriginal art was often drawn onto the sand.

Another thing to be aware of when looking for the story behind Aboriginal art is that the colours are a very important part of the story. The most commonly seen expression of this is blue tones to represent the sea or water, and red and orange tones to represent the earth. Beyond this many tribes have their own meaning behind colours used. They are almost never used without  meaning behind them, so be sure to pay attention to colour.

“Whilst the style changes across different ethnic tribes, one thing that remains consistent across Aboriginal art is the use of symbolism to tell stories”

Indigenous art and what it means to its people has changed a little bit in modern times but not completely. It is still always used for the person of telling stories, however now those stories are more willingly being told to visitors and other cultures, where’s in earlier times there had been fear of that.

Australia’s Aboriginal art is recognised on a global scale. One of the most celebrated female Australian artists ever is Emily Kngwarreye, from the Utopia community north east of Alice Springs. Her work Earth’s Creation sold for $1.56 million in 2007.

However just prior to this, in the late 20th century and early 2000’s, artists were being treated incredibly poorly by those attempting to profit from them. Works were being bought of artists for alcohol and food, and sold on for thousands more, with no profit going to the artists. It was only in 2006 when this came to light for the majority of Australians through an ABC investigation. Until then nothing was done about these unethical practices, as Aboriginal communities are often underprivileged and sometimes even unable to speak english to negotiate for themselves

In 2007 an Indigenous Art Code was established by the government, attempting to protect the rights and lives of artists. Whilst voluntary, code prohibited payment via food or alcohol and called for the need for artist to fully understand their rights. It’s impact on the Indigenous art community has been extraordinary, and has allowed for much greater appreciation for Aboriginal Art. 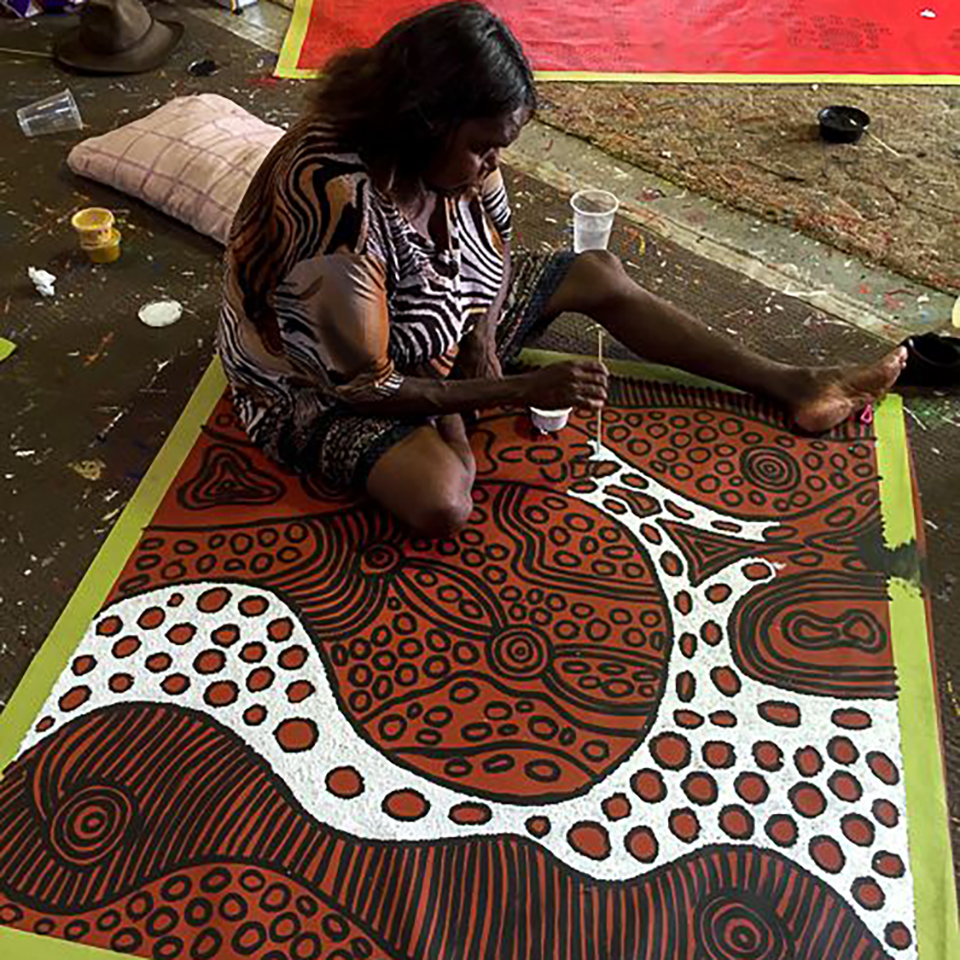 In 2018 it is important to know that you are appreciating Aboriginal art properly, in a way that allows artists a living wage and access to food, healthcare, safety and ethical treatment. Many experts suggest visiting Community Art Centers, as they operate ethically, and focus on the history and meaning behind the works. One Stop Adventures understands the importance of this, and our 6 Day Alice Springs To Darwin tour features a stop over at one of these center, a perfect place to appreciate or even purchase one of these iconic pieces of art.

Our Alice Springs To Melbourne tour makes it way from the home of Aboriginal art to its modern setting. Here we stop over at Uluru, a well known home for Indigenous culture, as well as the Brambuk Cultural centre, and finish off in Melbourne. Whilst there is a need to be wary in Melbourne, with many places selling cheap Chinese replicas of Aboriginal art, there is also opportunity to celebrate ethical art. In the heart of Melbourne city, Federation Square is home to the Koorie Heritage Trust, a cultural centre that both displays and celebrates authentic Aboriginal art and artefacts.