Noodling for Opal in Coober Pedy 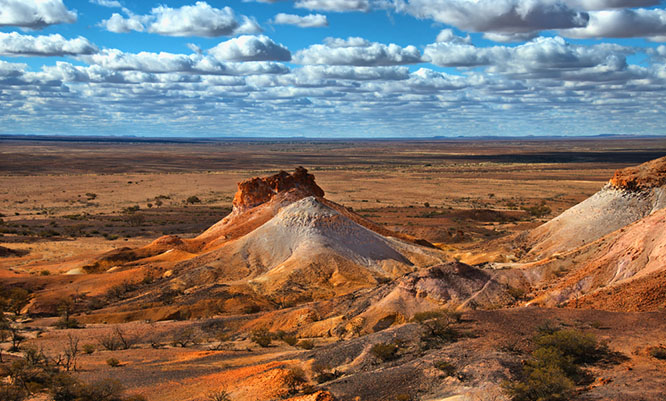 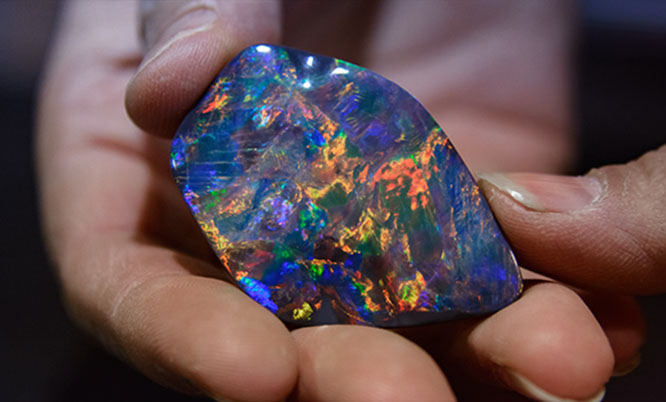 Noodling is a fun way to spend your time & you never know what you might find!

Throughout history, the opal has been considered a coveted gem with beliefs of magical abilities. The name ‘opal’ comes from the Latin ‘Opalus’ and the Greek ‘Oppallios’, meaning “to see a colour change.” It’s also known as ‘the fire of the desert’ by Indigenous people. It is said the colours of the opal were created when a rainbow touched the earth.

Opal was first discovered in Australia in the mid 1800’s. It has been suggested the discovery of opal in Australia was accidental, discovered from animals and humans kicking up rock and discovering the sparkling gem. From then, opal mining spread throughout South Australia, New South Whales, and Queensland. Australia has dominated opal production since then. The quality of stone being mined, compared to that of Europe’s, quickly made Australia the top opal producer in the world.

The world’s highest quality precious opal can be found in Australia. Precious opal is opal characterised by the colourful and brilliant flashes of colours. White, grey and green opal are the most common, with black opal to be considered the rarest form of opal.

Today, Australia is responsible for over 95% of precious opal, with the majority coming from South Australia. Perhaps for this reason, the opal was declared the national gem of Australia in 1993.

Coober Pedy, SA is considered the Opal Capital of the World. The black opal found in Coober Pedy is considered some of the best in Australia. In 1956, the largest and most valuable opal ever found was discovered in Coober Pedy. It weighed 3.4kg and has been valued at around $2.5 million AUD!

Beyond opal mining, Coober Pedy offers a variety of experiences unique to the area. Coober Pedy is one of the few places on earth where most of life happens underground. In the effort to escape summer heat and the cold desert nights of winter, houses, hotels, and restaurants are built into the hillsides and are almost unnoticeable at a glance. But don’t think that life underground isn’t glamorous. Miner families have created underground homes that are practically mansions! 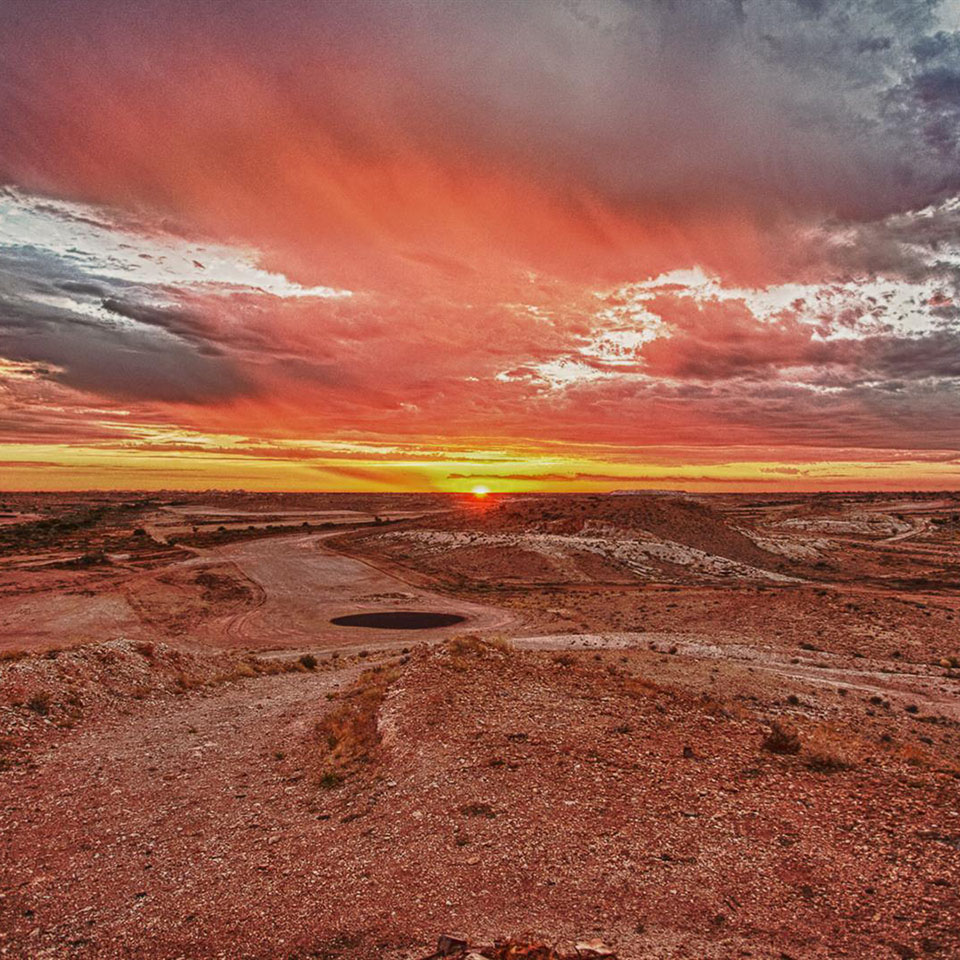 The landscape surrounding Coober Pedy is an inspiring sight to see. Featured in movies such as Mad Max, the burnt red landscape and breathtaking breakaways are a photographer’s (or Instagrammer’s) dream. Coober Pedy is also the perfect place to spot native Australian wildlife. From kangaroos, wallabies, and emus to bearded dragons, geckos and snakes, there is plenty of wildlife to see in the area.  At Josephine’s Kangaroo Orphanage you can play with rescued baby kangaroos. The orphanage also includes a gallery featuring local Aboriginal culture and art.

Between the underground living, beautiful desert landscape and opal mining, Coober Pedy offers a unique experience like nowhere else in the world. But your time in Coober Pedy wouldn’t be complete without taking your chances at ‘noodling’ for opal.

Coober Pedy is one of the few places on earth where most of life happens underground.

Feeling inspired to try your luck at discovering your own opal fortune? Then where better to try your hand at ‘noodling’ for opal than the Opal Capital of the World!

Why is it called noodling? That’s a good question and hard to find an answer for. Noodling (also known as fossicking) is the sifting for small pieces of precious opal accidentally discarded by miners. When miners mine for opal, they are only looking for high-quality opal that they can sell. This means they are less interested in smaller pieces and lower quality opal. These pieces are brought up from underground and left on mullock heaps (waste rock left behind from opal mining) that surround Coober Pedy. Some people are ‘professional’ noodlers and rely on noodling for a living!

To try out noodling for yourself, you can sift through mullock heaps to see if you can find your own opal. There are mullock heaps almost everywhere and any one of them could contain opal. If you are lucky enough to find opal while noodling, it’s yours to keep! It’s a great souvenir to bring home to show off your hard work. Noodling is a fun way to spend your time in Coober Pedy and you never know what you might find! 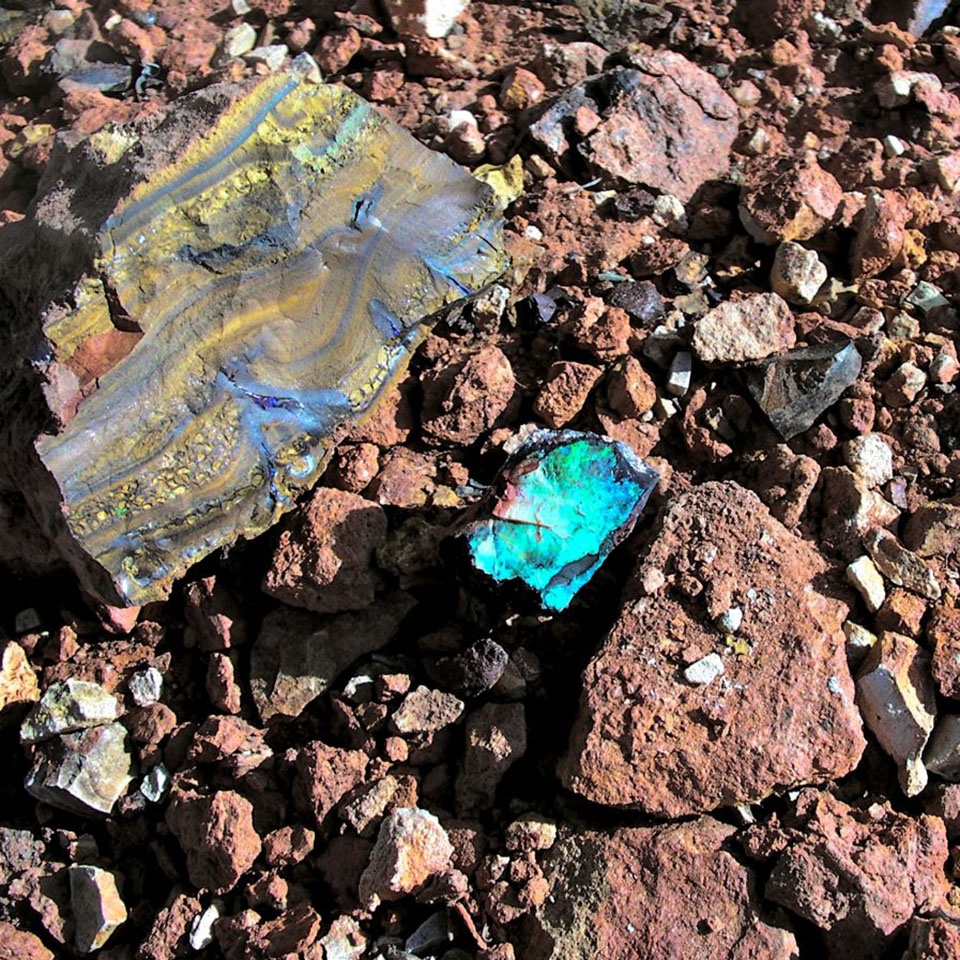 During your visit to Coober Pedy, you’ll discover why life is better lived underground. Experience everything Coober Pedy has to offer by sleeping in underground accommodation, checking out opal mines and visiting with rescued kangaroos. And while appreciating the beauty of opal, don’t forget to take time to appreciate Aboriginal art along the way as well.